Madrid. Since we are a little saturated with inflation, central banks and interest rates, We will be reviewing another issue that could lead to volatility and problems in the markets in the coming months.

We are less than a month away from the 20th National Congress of the Communist Party of China, and What initially seemed to be a victory rally for President Xi Jinping for re-electionToday, it has turned into a very tense and risky situation, and although it will not put her in danger, it will be enough for her to have to make more accounts than she initially planned.

China was not only oblivious to the problems that the health epidemic had caused in the world, but their origin was there. Three years after the outbreak, it was not thought that the situation within its borders would remain as tense and worrisome as it is.

While in the West the situation has improved significantly, In China, the country is still mired in a series of restrictive “Covid Zero” policies” which has been practically reduced to the enumeration of large cities and population areas, with what this means for the production of goods and services at the local and global level. It seems clear that his vaccines did not work as initially planned.

There has always been talk of Chinese secrecy. Historically, the Chinese have tried to make many issues related to their economy and population go unnoticed by the West. But the truth is that in recent months, it has been conceivable that the Asian giant does not have a solvent powerhouse as it did years ago.

A year ago, the crisis afflicting China’s largest real estate developer was revealed: Evergrande Group. This was just the tip of the iceberg, as news of big, struggling real estate companies continued to emerge after that.

The first derivative of this situation is the unease of the residents who have embarked on the adventure of buying a home and now find that there is no home, but they have to pay a mortgage. The second happens when many of them refuse to pay the said mortgage. The main victims are now the Chinese banks, who see that in addition to the hole that the real estate sector can leave in their accounts, they could have another hole due to non-payment of mortgages.

The impact of tariffs on trade with China, imposed by the Trump administration and which has undermined trade relations between the two giants, has been harsh for Asians. As well as export and import restrictions imposed by the United States on some Chinese companies Or in US companies that have exposure in China.

Especially in the defense and technology sector, as happened with Nvidia or AMD, Urged not to export certain chip models associated with AI. China has suffered the blow and the impression is that although its manufacturing technology is highly advanced, its generation of R&D has not yet been so. 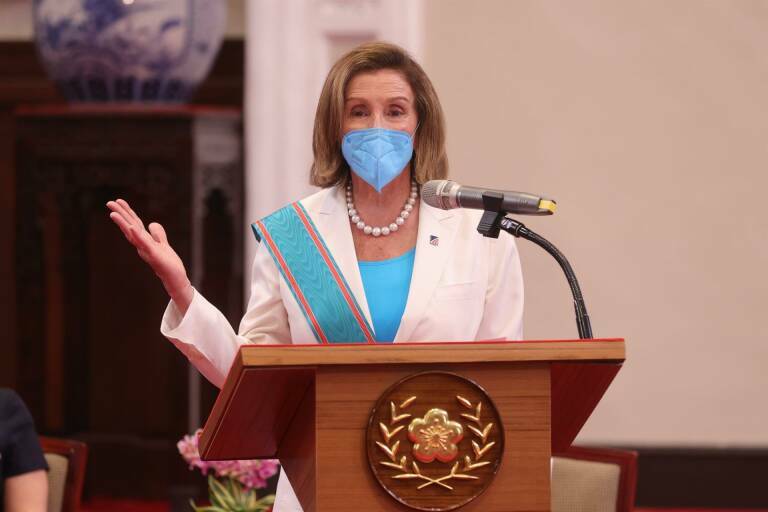 The news this summer from China – that it would allow US inspectors to audit US-listed companies headquartered in China – could be dubious; or not be effective in the nearly 200 affected Chinese companies. China can claim, as it has been, national security problemssince many of the companies involved handle data that the Chinese authorities consider highly sensitive.

Regarding the conflict caused by Russia in UkraineChina has remained out of the limelight for now, as it does not want to damage its crumbling trade relations with the West.

All of the above has significantly slowed China’s growth, so we see how, as Western central banks seek to raise interest rates to curb inflation, The Chinese government should cut it down and take all kinds of measures to revitalize its economy.

With this panorama, Xi Jinping needs something to put on the table of those attending the party convention and may have chosen the least recommended option: Taiwan. Pelosi’s visit to Taiwan this summer has escalated tensions between China and the United StatesWhere China considers that America is meddling in its affairs. We don’t think the tension will increase. Biden’s weakness and China’s economic risks are double-edged swords in this area. But there are doubts.

What are the least developed countries?

Mexico will host energy consultations with the United States