It still looks like science fiction in the purest style MartianToday, however, we are a little closer to growing plants on the moon. A group of researchers from University of Florida (UFL) for the first time in cultivation of vegetables grown in the lunar regolith – small soil samples from our satellite donated Container– Which helped them to clarify how they responded and developed in an area ‘Differently different’ On the ground.

To prove this, researchers had to use their imagination and, above all, the resource economy. After ordering samples on three different occasions over the course of eleven years, NASA gave them 12 grams of lunar regolith collected decades ago, during the Apollo 11, 12 and 17 missions.Engadget notesExceeds the four grams the researchers initially requested.

With only 2 tablespoons of moon soil, the Florida team had to precisely applied. Researchers Rob Ferl and Anna-Lisa Paul used small-sized test tubes and commonly used materials cell culture. In each of these small “pots” they added a gram of regolith, and then watered it with a nutrient solution. When the formation was ready and wet, they planted several seeds of Arabidopsis.

Why Arabidopsis thalianaknown as Rashad Thaleand not the other? Mainly because of how well we know her. Arabidopsis Widely used in science Because his genetic code is fully assigned. Growing it in lunar soil has allowed researchers to better understand how it affects plants right down to the level of gene expression,” which abounds from the university, which Made a video In detail the whole process.

To get a bigger picture of how lunar soil affects plants, researchers planted seeds in them Other soil samples: JSC-1A, a terrestrial composition simulating lunar soil, simulating the terrain of Mars, and a selection of the harsh environments on our planet. Result: The plants did not grow evenly in all test tubes. Moreover, results vary from one lunar sample to another, depending on the region where the regolith was taken.

Some of the plants that grew on the lunar soil were smaller in size or grew slowly. “At the genetic level, they were extracting tools that are commonly used to deal with them stressorssuch as salt, minerals or oxidative stress, so we can conclude that plants consider the lunar soil environment stressful.” Paul gets rid.

The samples that showed the most signs of stress were those that had grown up on the satellite’s surface most exposed to cosmic winds. Another question that now arises is what is the backlash: to what extent can plant cultivation change the topography of the moon? 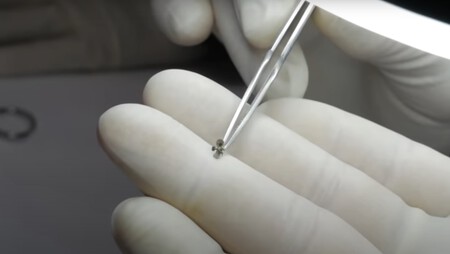 The Paul and Ferrel Experiment is not a simple academic exercise in understanding the response of plants to lunar soils. her goal –recognizes UF himselfSignificantly practical. Plants have already helped us with that Learn more about lunar samples At the beginning of lunar exploration, when it was deployed over the regolith to study the possible presence of pathogens.

“It’s a first step to one day be able to grow plants for food and oxygen on the moon or during space flights,” he explains. Ferrell also remembers that the conclusions come in an interesting context: When NASA and its partners put Artemis on the table, an ambitious space program that aspires to take humans to the Moon for the first time in decades.

“Artemis would require a better understanding How to grow in spaceThanks to his work, we may have come a little closer to realizing – the Selanite version – adventures Martian. Or even to be able to prepare a salad with buds of the lunar canons.

What is monkeypox and why does the WHO care?