Playing drums, singing and raising signs, thousands of activists took to the streets in the United States on Saturday (14.05.2022), to demand safe and legal access to abortion.

The demonstrations were called in response to a draft ruling leaked to the media showing that a conservative majority in the Supreme Court was seeking to overturn Roe v. Wade, which in 1973 instituted guarantees of nationwide abortion access.

In a central plaza in Brooklyn, New York, protesters raised a huge banner that read “Our Bodies, Our Future, Our Abortion.”

The rally, which involved about 3,000 people, was led by Democratic Senators Chuck Schumer and Kirsten Gillibrand, as well as other influential Democrats who marched alongside demonstrators dressed in green, which symbolizes pro-choice activism.

“We will continue to fight until we win,” Schumer told AFP. America is on our side.

“There are a lot of people with very traditional values ​​who are afraid of women who are able to make decisions about their own bodies,” Easter added as crowds poured into lower Manhattan.

Thousands gathered in Texas and Kentucky, as well as in other parts of the country, in smaller gatherings.

The leak of the Supreme Court document sparked outrage over the possible repeal of the right to abortion ahead of the midterm elections scheduled for November, when control of both houses is at stake.

Democrats have campaigned for a federal abortion rights law, in an effort to pin Republicans on the controversial issue before the election. 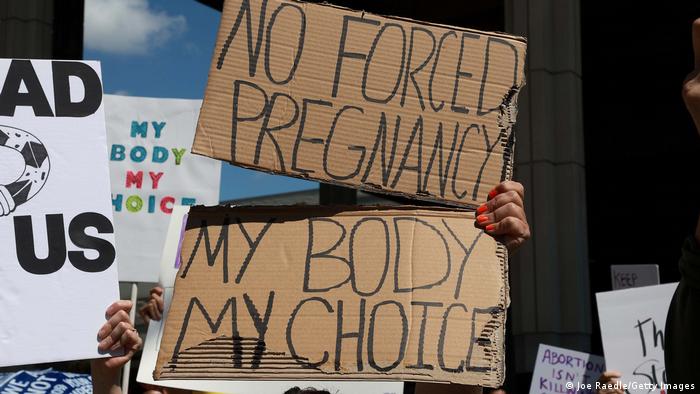 The Law on the Protection of Women’s Health, passed by the House of Representatives, guarantees health workers the right to perform abortions and patients to receive them. But US Senate Republicans and Democrats thwarted efforts to advance the measure earlier this week.

Republican-controlled states have taken some steps to restrict the right to voluntary termination of pregnancy in recent months, and if Roe v. Wade, that could give them more wiggle room to restrict or prohibit such an action.