Advisor to New York Governor Andrew Cuomo, who still works for him, This Friday became the last woman to accuse him of sexual harassmentAccording to a report issued by New York times.

Alyssa McGrath is the first woman to continue working with Cuomo to publicly denounce a series of inappropriate and persistent behaviors of the nation’s leader: Among them they ask about the lack of a wedding ring or the status of her divorce, they tell her in Italian that she is beautiful or they hang on a necklace that fell on her chest while she was staring at it..

The details revealed by McGrath, 33, are similar to those that have emerged in recent weeks after six women, some of whom requested anonymity. Acts of this kind are denounced by the governor, who has been in office for 11 years.

Most of the complainants are young women who have worked for Como at some point during his tenure. The biggest accusation came from an aide, who preferred to remain anonymous, and said so Cuomo touched her breasts at his official residence when one night last December he asked her to come and help him solve a problem with his cellphone..

McGrath said New York times The young woman, a co-worker, described the event in detail after local media Times Union of Albany Made it public last week. “It froze when I started to do that to him,” said McGrath. “But who would you say?”

McGrath also said his partner revealed this to him The governor ordered her not to talk about the alleged incident.

The The New York Times He also notes that in several interviews this week with McGrath, the alleged victim described a pattern of behavior by the governor that included suggestive conversations that included personal comments, as well as the ongoing promotion of competitiveness among the female employees in his office. 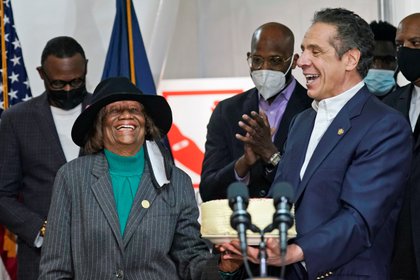 McGrath did not accuse Como of sexual intercourse, But he said that, in his view, the governor’s set of actions translate into sexual harassment.

Cuomo, 63, has consistently rejected the allegations, and on Friday one of his attorneys, Rita Galvin, responded to McGrath’s allegations. That “the governor received men and women with hugs and kisses on the cheeks, forehead, or hand.”.

“Yes, he took pictures with his arm around them. Yes, she uses Italian phrases like” ciao, bella, “said Galvin, who nonetheless pointed out that”None of this is exceptional, although it may be dated“.

Allegations of sexual harassment led to a long list of Como party mates turning their backs on him and calling for his resignation, while New York Attorney General Letitia James and the Legislative Assembly Judicial Committee conduct investigations, the latest of which could lead to his removal.

Cuomo, for his part, indicated in his recent public statement in this regard that I will not give up. He suggested that political opponents could be behind the complaints and that it was necessary to wait for the investigation to end.

Joe Biden said the New York governor should resign if the sexual harassment charges against him are upheld.
Andrew Cuomo has maintained his innocence in the face of charges of sexual harassment and assured that he will not resign