Can you imagine finding the body of the second largest animal in the world? This happened to a group of people at Nitzanim Beach, South Ashkelon, Israel. they found Huge whale carcass, 18 meters longAfter a strong storm hit the area.

When they found the corpse, At first it was believed that the death was due to the tar and oil pollution in the area; However, the powers of Israel Gardens and Nature indicated that the animal died in the sand.

According to an analysis, The animal died two weeks before it was found; Water dragged ashore due to severe swelling.

According to what was reported by the media P net, Animal It was a male fin whale, a species that could reach 20 meters in length. considered as The second largest animal in the worldAfter the blue whale.

In this regard, Saul Goldstein, CEO of LA Israel Parks and Nature Authority Express it In this country there is a problem of water pollution, So they ask for increased awareness.

“The pollution accident is a major and very dangerous event that caused serious environmental damage. We call on the Ministry of Environmental Protection to investigate the accident and find the perpetrators. The sea pollution that we see today is one of the worst that we know in Israel.”Commented.

The Fin whale – as it is also known to The beachy species, also known as the fin whale. It can reach 24 meters in length. 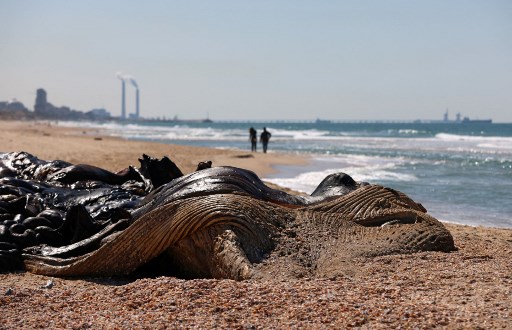