Jill Biden, wife of the President of the United States, Joe Biden, will visit Peru To deal with educational issues. This was announced today by the Head of State, Pedro Castillo, in an interview with Peruvian Television.

As he explained, the first lady expressed her commitment to reach the country, in a conversation they had in the framework of the Ninth Summit of the Americas, which was held in Los Angeles.

“She is a teacher and I decided to visit Peru to see the issue of free admission to universities and education. It will depend on your schedule, but there is an obligation,” Castillo said.

As the president said that the president Joe Biden Looks positive on Peruor. ‘We believed we were fully democrats’He confirmed, according to the Andina News Agency.

He also noted that he agreed on the importance of being vigilant about potential new pandemic diseases and working together.

On June 8, the President and his wife, First Lady Lilia Paredes, attended Ninth Summit of the Americas. The President arrived at 00:28 on Wednesday in Los Angeles, United States. Arrived with the first lady. Economy Minister Oscar Graham; The Peruvian ambassador to Spain, Oscar Martua.

After arriving on American soil, the head of state received the Permanent Representative of Peru to the Organization of American States, Harold Forsyth, and US government officials.

In the afternoon, a ceremonial ceremony was held at the Microsoft Theater, where President Biden was personally greeted by his wife, Jill Biden. 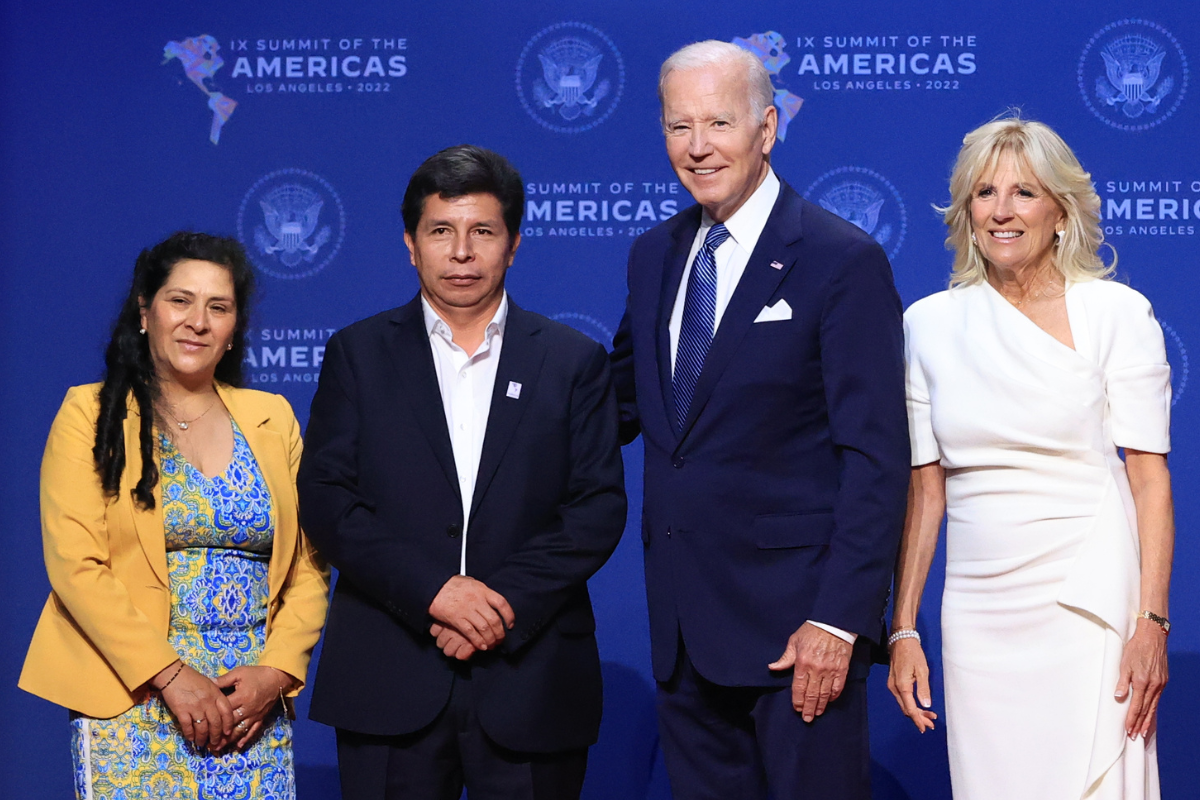 Through his social networks, the president made clear what in speaking with his counterpart, Joe Biden, he could not miss the Peruvian government’s commitment to fighting corruption and defending democracy.

Convinced that dialogue is necessary to achieve the country’s goals, I told the President @Joe Biden Development needs and possibilities of Peru. As well as the commitment of the Peruvian government to respecting democracy and fighting corruption.” Wrote.

In his interview with Peruvian TV, President Pedro Castillo also referred to his master’s thesis at the University of Cesar Vallejo and accusations of plagiarism. yesShow e “happy” for academic work Which he did with his wife and first lady, Lilia Paredes.

“I feel so glad I started (the master’s degree) with my race, made an effort and got this master’s degree. We did it in the children in the third and fourth grades of primary school,” He referred to the aforementioned TV house.

In addition, the head of state added that it was “A mixed investigation in which we had to see in another way the extent to which boys and girls did the socialization learning processes. My wife covered the licenses and we saw that it happened not only in the institution but in other institutions.”

However, questions about Blasio’s interrogation and his accusations were missing from his thesis. As reported, the Panorama program on May 2 revealed that more than half of the president’s academic work It could have been copied from other works and would not be properly cited.

Professor of Academic Research Pierre Foy pointed out that President Castillo “Attributed the words and ideas of a group of authorsThroughout the thesis Titled “Gender Equality and Significant Learning in the Field of Social Workers in Students of the Fourth Cycle of Educational Institution 10465 Bunya”.

Jigsaw submitted the research work of the President and his wife, the First Lady, to Turnitin Software and found evidence of plagiarism. | Video: Overview

Pedro Castillo and his protocol salute with Joe Biden at the Ninth Summit of the Americas
Pedro Castillo referred to his disputed thesis: “I feel happy to have completed my master’s degree by my race”
Pedro Castillo on Vladimir Cerrone’s influence in his government: ‘You have to get rid of this idea’