Among the ministerial delegation accompanying the UAE Peruvian President, Pedro Castilloto formal meetings in the framework of Seventy-seventh session of the United Nations General Assemblyowner Ministry of Economy and Finance (MEF), Kurt Borneomeetings were held with foreign businessmen in New York (USA).

On Monday, Kurt Borneo, along with Pedro Castillo and other ministers, participated in a meeting with President and CEO of the Association of the Americas – Council of the Americas (AS/COA), Susan Segalas well as with members of this international business organization of more than 200 major American and international companies with interests and investments in Latin America, some of which operate in Peru.

Similarly, Sanchez expressed that it would be better to get results regarding historical records in exports and tax collection, as well as the fact that the Peruvian currency is strong in Latin America and that Peru is one of the countries driving GDP growth, despite everything.”

“I think they are items for investors to say: there is noise there, but entrepreneurship, the government’s message and the right conditions for our huge diversity prevail to reassert the path of economic revitalization and democratic stability,” said the Mincetur chief.

Sanchez noted that during the meeting with nearly 37 businessmen from the American Community Council of the Americas, they were able to dialogue and put the promotion of investments in the country on the agenda. “We reaffirm that in the face of the international crisis, we have a call for political stability, which provides a favorable environment for the revitalization of the economy in Peru,” he said.

It should be noted that they accompanied the Prime Minister Cesar Landa from Foreign AffairsAnd the Kurt Borneo Economics and FinanceAnd the Roberto Sanchez Foreign Trade and TourismAnd the Rosendo Serna Educationlike him Permanent Representative of Peru to the United Nations, in New York, Manuel Rodriguez Cuadros.

The Mincetur Chairman commented that as there is great concern in the world about the rising food and fuel prices as a result of the international crisis, President Pedro Castillo at the said meeting emphasized the government’s call to enhance legal and macroeconomic stability in the People’s Republic of China. Peru.

“With this participation we were able to have a dialogue and put on the agenda the great need to boost investments in Peru. In addition, he remained committed to holding this meeting again during the year in Lima,” Sanchez added. 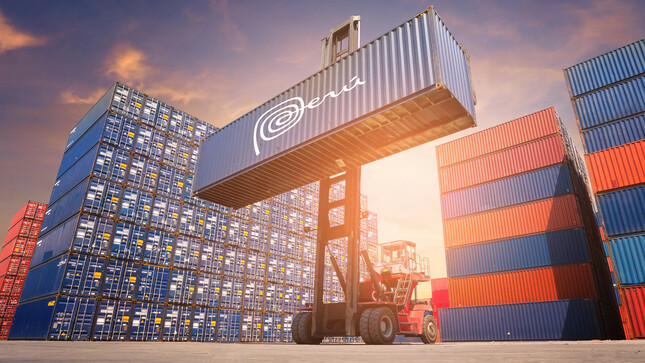 Trade between Peru and the United States amounted to 12,365 million US dollars in the first seven months of 2022.

At the meeting, Roberto Sanchez said President Pedro Castillo had come with a speech of “investment promoter” and “open arms”, speaking of the benefits that Peru enjoys, because revitalization is essential for the country. He also highlighted the positive results recorded by the tourism sector in Peru.

The North American country is Peru’s second most important trading partner: the total exchange of goods amounted to 12,365 million US dollars as of July this year., which translates into a remarkable growth of 49% compared to the same period in 2021. In the case of tourism, from January 1 to September 15 2022, 1.3 million international tourists arrived in Peru. Of this number, 325,000 came from the United States.

While in the United States, Secretary Sanchez participated in bilateral meetings with US officials and investors. In addition, he has accompanied Peruvian businessmen to the Coterie Fair in New York, one of the most important platforms for global textile fairs in which national businessmen participate.

He will also hold meetings with investors from various sectors, and representatives of Pacific Investment Management Company, LLC. , in addition to representatives of risk rating companies, with whom he will discuss the economic prospects and investment opportunities in the country.

Pedro Castillo asked foreign businessmen to invest in Peru with ‘confidence’
The investment in mining exploration is more than 226 million US dollars
According to Bloomberg Line, the 14 Peruvians who make up the list of the 500 most influential people in Latin America