The James Webb telescope is one of the most powerful telescopes in history, as its technology allows for infrared radiation analysis and an understanding of the origin of the universe.

James Webb telescope The most powerful space telescope ever built by mankind. It is the result of an international collaboration between NASA, the European Space Agency (ESA), and the Canadian Space Agency (CSA). Used by astronomers around the world, this astronomical and space engineering tool, It is located at a point between the Earth and the Sun..

The great power of the Webb telescope helps scientists discover other worlds, Like exoplanets, learn facts about the life cycle of stars, create a fascinating picture of the first dawn of the universe, and study the evolution of different galaxies over time.

The James Webb Telescope in its pre-launch stage.

James Webb: A Study of Other Worlds

First of all, this unique telescope allows scientists analysis of all planets of the solar system, Plus other planetary systems in never-before-seen detail. One of James We’s goals is identification From what items Observed planets form and reveal whether or not the conditions of the planets are the same conducive to sheltering life. Moreover, the same telescope will be able to detect signs of extraterrestrial life, the so-called Biosignatures. This is a joint mission with other space missions and research, such as the International Space Station, which can be seen from our home planet. That is, there are not a few people who think about it How do you see the International Space Station from Earth?

Thanks to his system Infrared capture The Webb Space Telescope also allows scientists to study planetary systems that are in the process of formation. These young systems, known on the astronomical level as “protoplanetary disks”, contain powder prevents and blocks the passage of visible light, Therefore, they can only be studied with instruments such as the Webb telescope: that is, devices that capture infrared radiation. Something similar, but different, to what Nustar, the NASA telescope responsible for taking “X-rays” of outer space.

Some of the first studies by the James Webb Telescope were the in-depth observations of celestial bodies such as the moons of Jupiter, Which would be the case of Europe, or one of the countries Saturn’s moons That would be the case for Enceladus. This study looked for the effects of life on the moons of Saturn and Jupiter. Europa and Enceladus are two wonderfully different ocean moons. Their thick crust of ice hides a Ocean liquid that releases water vapor from cold volcanoes. On Titan, another of Saturn’s moons, we were able to see Great methane lakes surface through photographs taken by James Webb. 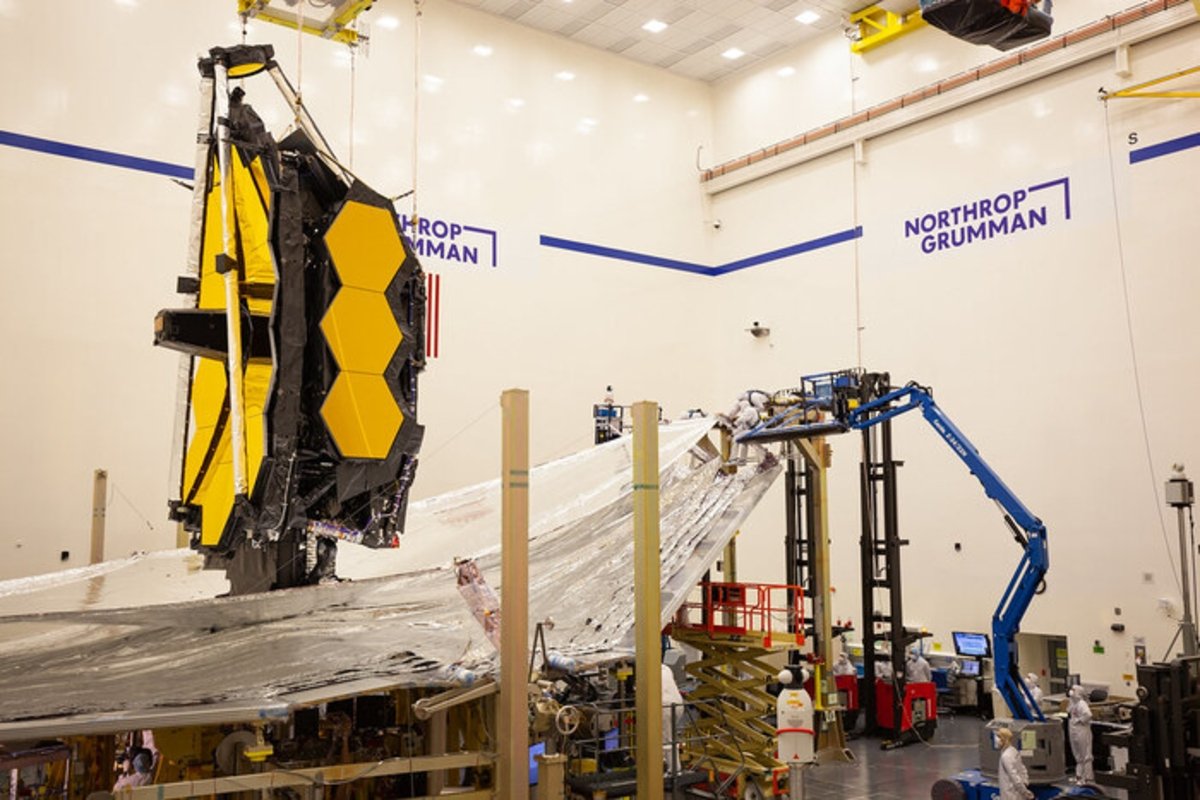 Construction of the James Webb Telescope.

Since we launched this telescope into space, its strength This has allowed in the past decades many astronomers discover thousands of exoplanets, Namely: the planets that revolve around stars other than the sun. All these planets are slightly different from each other: We can find some earth like, But much deeper, some very similar to Jupiter, but much hotter.

During their life cycle, which can be millions of years, The sun and other stars undergo drastic changes. If we could learn more about their life cycle, so could we better understanding of all that surrounds humanity, Even the elements that make up our bodies.

Thus, the stars remained in many stages of their lives It is completely obscured by thick clouds of dust and gas Visible light cannot pass through it. Thanks to infrared devices and the golden coating of its mirrors, The James Webb telescope is able to penetrate these clouds and gases, Shedding light on stages in the life cycle of stars that we haven’t noticed before.

This is because, like Stars burn all their fuel and finally die in a big bang, They create, recycle and redistribute all the basic elements of the universe. To understand them is to understand everything.

Telescope to understand the dawn of the universe

We figure it out the big explosion, The name given by the scientific community to the first moments that occurred in the universe 13.8 billion years. This is why the mission of the James Webb Telescope is to serve as Great time machine Able to look into the past and observe the ancient flashes of the universe’s dawn. It will exceed the period detected by the Hubble Space Telescope. The origin of the universe is the collision of galaxies that left behind a trail of infrared radiation that is very difficult to follow.

All the progress The James Webb Telescope’s influences are due in large part to its large mirror and sophisticated instruments. Thanks to them, scientists get by every day very important clues about some of the great mysteries of the universe, Getting closer to the answers we’ve always sought.

study the beginning of the universe, And the great activity that the galaxies had at that time would allow us to do so Understand the cause of collision often So why did stars form so quickly? We know that the first galaxies that formed were very bright in them UV light And in the visible part of the spectrum. This is due to a phenomenon called “red shift”, as the light has moved into the infrared spectrum, and by the time it reaches us, it is no longer visible to the human eye. Webb telescope power and tools Very sensitive to infrared Which will be very useful for the study of the first galaxies and improve our knowledge about its evolution.

Where is the James Webb Telescope?

It moves at a point between the sun and the earth.