The Guatemalan flag will be present at the world’s most famous athletics track thanks to Louis Grijalva, who will have the opportunity to participate in Diamond League De Eugene 2021, in the United States.

The Guatemalan sprinter will have the opportunity to make his professional debut in the track event also known as Prefontaine classic, which will be held on Saturday, August 21 in Hayward fieldlocated in Eugene, Oregon.

Luis Grijalva will appear in the Diamond League in Athletics

will be on test 2 miles, where Grijalva will watch the action with 15 other runners from Ethiopia, United State, Kenya, Uganda LLC old Brittany. In Louis’ case, he’d be the only one The exponent in latin america in the middle of the action.

The Guatemalan will appear with his new professional team, HOKA ONE WAN. It is worth noting that the national sprinter has just finished college, where he was highlighted with the track team Northern Arizona University —NAU, for its English acronym. 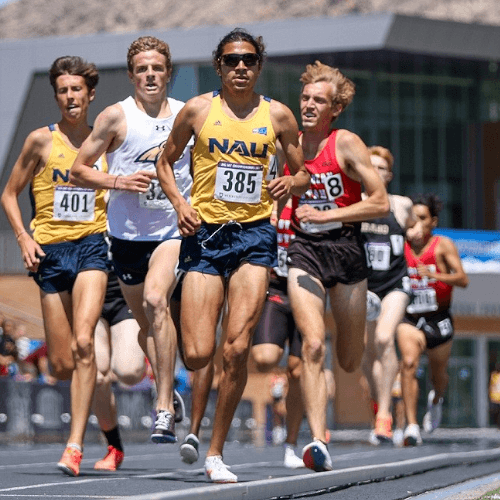 Image description for the blind: Lewis leads a group of runners on a track event. (credit: NAU Athletics)

According to World Athletics, Lewis’ best time over this distance is 8:46.68 minutes, recorded in Seattle on June 17, 2017. The event will be attended by world-renowned athletes who recently participated with Grijalva in the 2020 Tokyo Olympics.

This is the case Joshua CheptigeGold medalist in the 5000-meter dash. Here is a list of athletes who will compete with Guatemala:

How can you watch the 2021 Eugene Diamond League live stream?

In Guatemala, the Eugene Diamond League can be watched live on Sky Sports and the Blue To Go mobile app. The event will begin broadcasting at 1:45 pm Guatemala Time.

Might interest you: ESPN’s Fernando Palomo interviewed Grijalva and highlighted his performance in Tokyo 2020.

Did you already know that at Guatemala.com we have a Telegram channel? Join this invitation link.

Julie Ertes proudly wears the colors of the United States

MIR covid tests ‘depending on the number of infected’

Julie Ertes proudly wears the colors of the United States