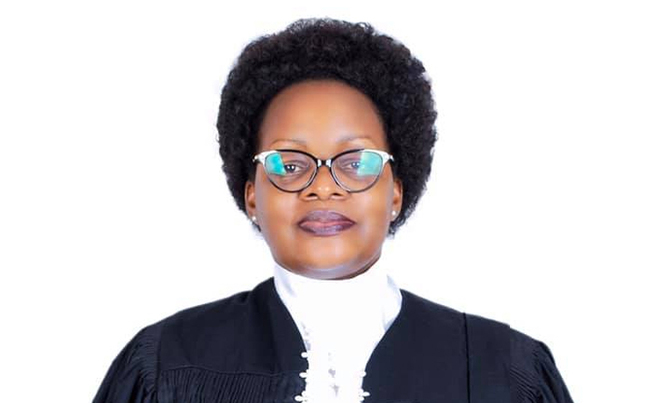 The Ministry of Communications, Information Technology and National Guidance indicated in a statement on Tuesday that Kainobwisho emerged as the successful candidate after defeating seven others during internal interviews on December 2.

She will now replace Bemanya Twebaze who recently became Director General of the African Intellectual Property Organization (ARIPO). Kainobwisho will begin its role as Registrar General and Official Future on December 22, 2020.

A statement issued by the URSB indicated that after Bemanya was elected to the membership of ARIPO, there was a need to appoint an Substantive Public Registrar to assume the role of both the public registrar and the official recipient.

“The Board of Directors conducted internal interviews with potential candidates on December 2, 2020 and Kenobuiso emerged as the successful candidate. The Board of Directors subsequently recommended her appointment to the Ministry of Justice and Constitutional Affairs, the executive ministry responsible for overseeing the URSB. The Minister of Justice and Constitutional Affairs confirmed the appointment On December 8, 2020.

Kainoboychu, 41, is a high court attorney in Uganda with 15 years experience specializing in intellectual property and corporate law business. Kainobwisho was the Director of Intellectual Property at URSB, having successfully held the position of Business Registration Manager.

Previously, she worked as a director of intellectual property at URSB, a state attorney at the Department of Justice and Constitutional Affairs, and as a legal assistant in charge of property and commercial transactions at Shonubi Musoke and Company Advocates.

Kenoboychu is a member of the Ugandan Legal Association, the East African Law Society, the Ugandan Women Lawyers Association, Rotary International, Toastmasters International and Coordinator of Optimal Social Organization for Social Funds that support the skills of vulnerable / disadvantaged youth.

She is the current President of Bokuto Club Rotary Club and has won numerous awards in performance and leadership including being awarded the Best Corporate Lawyer in Public Service in 2018, Best 40 Young People Under 40 in Uganda in 2017, and listed among the 40 Most Influential Women in Africa. 2019 year.