On the other hand, there was talk about the starvation of children in that region in the northwest of the country, and about the acts of vandalism that took place in recent days in the region called Karamoja Where these newly discovered reserves are located.

And the media does not talk about the huge gold reserves discovered in the Karamoja region of Africa. They only highlight the famine and growing insecurity in Uganda

Explorations have been carried out across the country over the past two years.

According to Moita, aerial exploration was used, as well as geophysical and geochemical investigations.

So, the largest deposits were discovered in a large dry area in the northeast of the country, called Karamoja, on the border with Kenya. But gold was also found in the eastern, central and western regions.

According to Moita, the Chinese company wagajay It has set up a mine in eastern Uganda, and production is expected to start this year.

The company invested 200 million US dollars to achieve this goal.

Ugandan government under the presidency Yoweri Museveni Its efforts recently aim to increase investment in mining.

This company will have a Mandatory quota 15% of the state of Uganda in every mining operation in the country.

private investors Should Approval of a production sharing agreement with the government.

Ugandan government plan to boost extraction 5000 kilograms of gold per day. This would be a very high production because it is expected that in one year, it will produce 1,825 tons, which is equivalent to about 51% of global mining production was recorded in 2021.

To measure the amount discovered, it must be taken into account that at the end of 2021, The global amount of gold mined in human history is 205 thousand tons against possible 320 thousand It is found only in this African country.

The irony is that in a quick search for the type of coverage that the Western media have done in recent days about the region of Africa called Karamoja, the only thing that is in Spanish and English is “Hunger, insecurity (causing mass exodus of miners) and malnutrition”but this media says nothing about the remarkable discovery of the precious metal in East Africa.

Only in recent days did the Western media highlight the hunger and security crisis in the Karamoja region of Africa in Uganda. They don’t say a word about gold

Only Ugandan media and one international agency have reported the information so far.

Everything indicates that the next problematic destination that the media will include in the “axis of evil”, either for not respecting it democracy rulesor byhumanitarian needs“The coercive interventions of Western countries will be in Africa and it will be called Uganda.

When this happens, it will be necessary to delve into the gold reserves to find reasons for the weight gain. 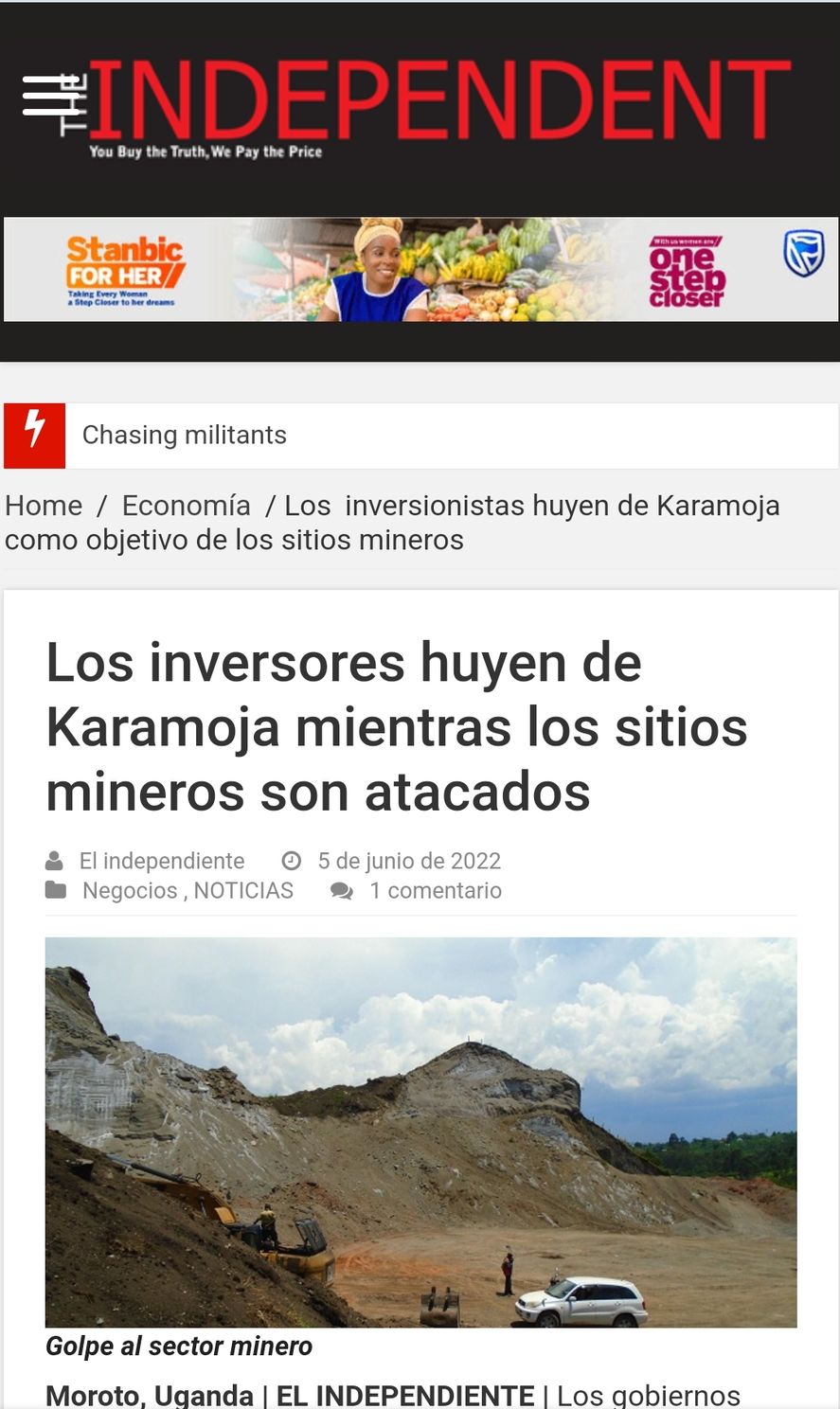