Peru’s economic growth has slowed down due to the international and national situation. In June, the head of the Central Reserve Bank (BCR), Giulio Velardi, lowered the country’s economic growth forecast. Currently, The Credit Bank of Peru estimated that in the second half of 2022 the economy will grow by only 1.6%.

very assured Carlos Prieto, Director of Economic Studies at BCP. He noted that in the first half of the year, the growth will be about 3.6%, compared to the same period last year. But in the case of the second trimester, it will be reduced by up to 2%.

“This is reflected in the Peruvian economy which, if observed in seasonally adjusted terms, can be said to be stagnant,” he told Gestión newspaper.

Last month, Velardi indicated that the economic growth forecast had been reduced by productive activity, falling from 3.4% to 3.1% by the end of 2022. Thus, while presenting the inflation report, he explained that the mining conflicts in Kahn for the south of the country, which paralyzed mines Quagon and Las Pampas, great influence on the economy.

On the other hand, Prieto estimated that for this new semester of the year, The topics that will have the greatest impact on GDP will be: Inflation, increased central bank (BCR) and Federal Reserve (Fed) rates, negatives to economic activity around the world (particularly on Peru’s trading partners, such as the US and China) and that the “recovery” in official jobs will be weakened so far this year .

The growth forecast for this year is 2.5%, taking into account negative external winds. The numbers will come down, in the third quarter you might get 2.5%, but in the fourth you’ll have less than 2% growth.”pointed out.

“What happens in the last quarter of the year could set the tone for a year 2023 that is weaker than 2022,” he added.

In addition, the economist estimated that GDP will grow to less than 2.5% in 2023. 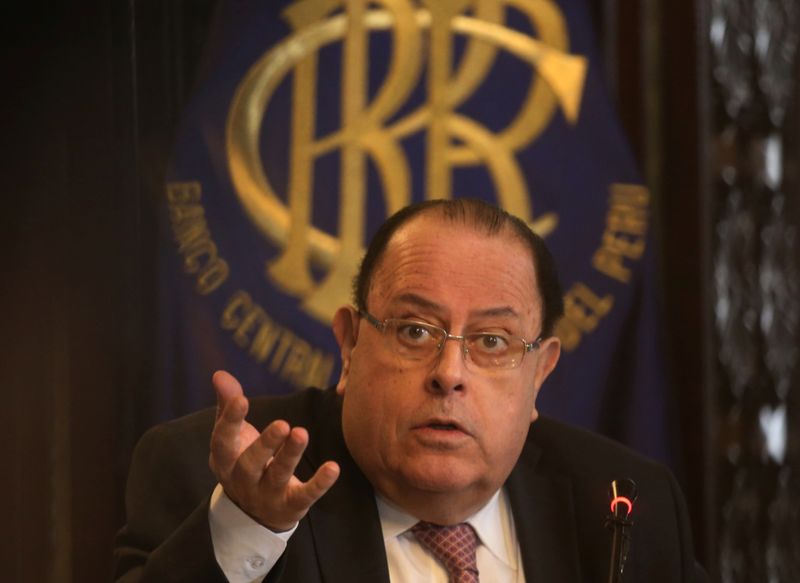 The President of the Central Reserve Bank of Peru, Giulio Velardi, stated that the Peruvian economy will grow less than expected this year, due to inflation and a decline in dynamic mining. | Photo: Reuters/Mariana Pazo/File

Perceptions of Peruvians regarding the political, economic and social situation in the country are worsening as a result of the questioning of President Pedro Castillo and the country’s fertilizer crisis. The Activa survey indicated that 90% of Peruvians consider the state as such stagnant or receding

9 out of 10 Peruvians consider the country not to be progressing, in all respects: political, economic and social, among others. Within this group, 50% see the country as stagnant, while 40% think the country is in decline.

also, 65% of the population think the country is going in the wrong directionregarding political, economic and social issues, among others.

Maximo Torero Colin, Chief Economist at the Food and Agriculture Organization of the United Nations (FAO)It is also considered that the country has become weaker.

“In an ideal country, it does not matter who is the president if there is an institutional framework that allows progress. But in this Peru it is increasingly weak. We have to work hard to restore that, because this is not the time for matches.”

“After COVID-19, the Minister of Economy did not have to do anything, the economy was on the way to recovery and growth, there was no doubt about that, because the country was doing well financially (…). The Minister had to sit and watch the curve rise. But, well, we did the opposite.”He expressed.

Related video: BCR states that withdrawing from AFP will not cause inflation

BBK assures that the new withdrawal from AFP will not lead to inflation. Video: Channel N

Peru’s economy slows for a second month due to lower mining
Downtime in the mines slowed the recovery and the Peruvian economy grew 3.69% in April
Peruvian delegation to Summit of the Americas leaves pro-investment message “Positive, but not enough”