President Joe Biden is preparing to officially acknowledge that the systematic killing and deportation of hundreds of thousands of Armenians by the Ottoman Empire in modern Turkey more than a century ago was tantamount to genocide.According to US officials.

The anticipated move, something Biden pledged to do as a candidate, could further complicate an already strained relationship with Turkish leader Recep Tayyip Erdogan. Administration officials have not reported Turkey yet, and the US president may change his mind, according to an official who spoke on the condition of anonymity.

Armenian-American lawmakers and activists are pressing Biden to declare on or before the day of the Armenian Genocide Memorial Day.To be held on Saturday.

One possibility is that Biden will include recognition of genocide in the annual Memorial Day announcements that presidents often make. Biden’s predecessors avoided using “genocide” to announce the commemoration of a dark moment in history.

On Wednesday, a bipartisan group of more than 100 members of the House of Representatives signed a letter to Biden asking him to become the first American president to officially recognize the atrocities committed by the then Ottoman Empire.. The message was led by Representative Adam Schiff of California.

“The shameful silence of the United States government regarding the historical fact of the Armenian Genocide has lasted for so long and must endR, “The legislators wrote.” We urge you to fulfill your obligations and tell the truth. 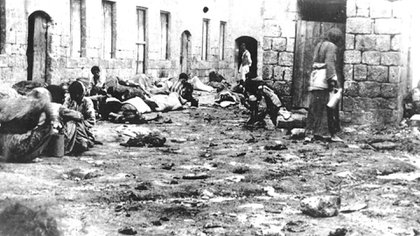 Archival footage of the Armenian Genocide.

The Turkish foreign minister warned the Biden administration that recognition would “harm” relations between the United States and Turkey.

Biden promised, as a candidate, that if elected he would recognize the Armenian Genocide. ‘Collusion silence’He said on that occasion. However, he did not provide a timetable for fulfilling the promise.

White House Press Secretary Jane Psaki said Wednesday that the president will have more to say on this Memorial Saturday Saturday.

New York times s The Wall Street Journal They were the first to report that Biden was preparing to admit to genocide.

If Biden goes ahead, he will almost certainly face rejection from Turkey.Which succeeded in pressuring former presidents to bypass the issue.

Turkish Foreign Minister Mevlut Cavusoglu insisted earlier this week that Turkey was not concerned about any decision Biden might make, but he also indicated that such a move would face a harsh response.

“If America wants our relations to get worse, it is up to themHe said in an interview with the Turkish news channel HaberTurk. 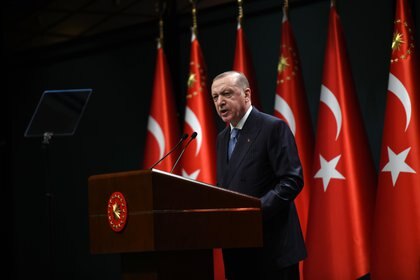 The relationship between Biden and Erdogan got off to a cold start. More than three months into his presidency, Biden has yet to speak to him.

Relations between Ankara and Washington, which were previously considered strategic partners, have steadily deteriorated in recent years due to disputes over Syria, Turkey’s cooperation with Russia, and more recently over Turkish naval interventions in the eastern Mediterranean.Which US officials described as destabilizing.

Biden during last year’s campaign angered Turkish officials after an interview with New York times In it, he talked about supporting the Turkish opposition against Erdogan’s “tyrant” However, Turkey had been hoping to restore the relationship. Erdoan enjoyed a warm relationship with former President Donald Trump, who never touched on Turkey’s history of human rights violations. 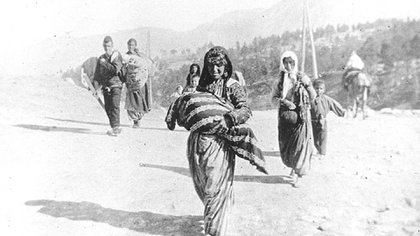 The death toll from the genocide exceeded 2 million

From his early days as president, Biden changed his predecessor’s tone and emphasized that the United States would be a greater force in exposing human rights violations and promoting democratic norms..

Gonul Tol, Director of the Turkish Program at Middle East Institute In Washington, he said that Erdogan’s influence had diminished and that with the Turkish economy suffering, the Turkish leader’s reaction could be muted.

“Biden spoke about human rights violations in countries around the world, including Turkey, but he did not go further than his speech.Tolle said. “This is an opportunity for him to defend human rights.”

The whereabouts of the missing from the war haunts Armenia
Between Armenia and Azerbaijan, the uprooting of a village split into two
After the war, the difficult life of the Nagorno-Karabakh displaced

The last Ebola patient discharged from hospital in Uganda