We do not know how many types of animals there are in the world, the fact is that as we know them, thanks to social networks, we can check the beauty of biodiversity. This is the latest discovery on a beach in the United States. what did you find? They found a strange fish that is impressive for its physical appearance: the ‘Pacific Football Fish’. We tell you what happened to this strange fish that has already spread viral.

According to international media, it was Jay Peller who found the strange fish, also known as the “Pacific Football Fish”, when he was walking along Black Beach in San Diego.

The man was surprised by the discovery and decided to save this moment in pictures. Pictures have turned the Internet upside down with hundreds of comments referring to the “terrifying” appearance of this fish.

“I’ve never seen anything like this before…That fish is so amazing and weird, it’s the craziest and weirdest thing I’ve ever seen. So thankful to be there. Looks like a fish on Finding Nemo,” the young man told NBC NBC.

In the Pacific Football, experts from the Scripps Institution of Oceanography expressed that these exotic fish are more valuable than thought, because their vision is also very limited.

“These fish are very rare and valuable to science because we have a very limited viewpoint,” Ben Frib, a Scripps contributor, told NBC. 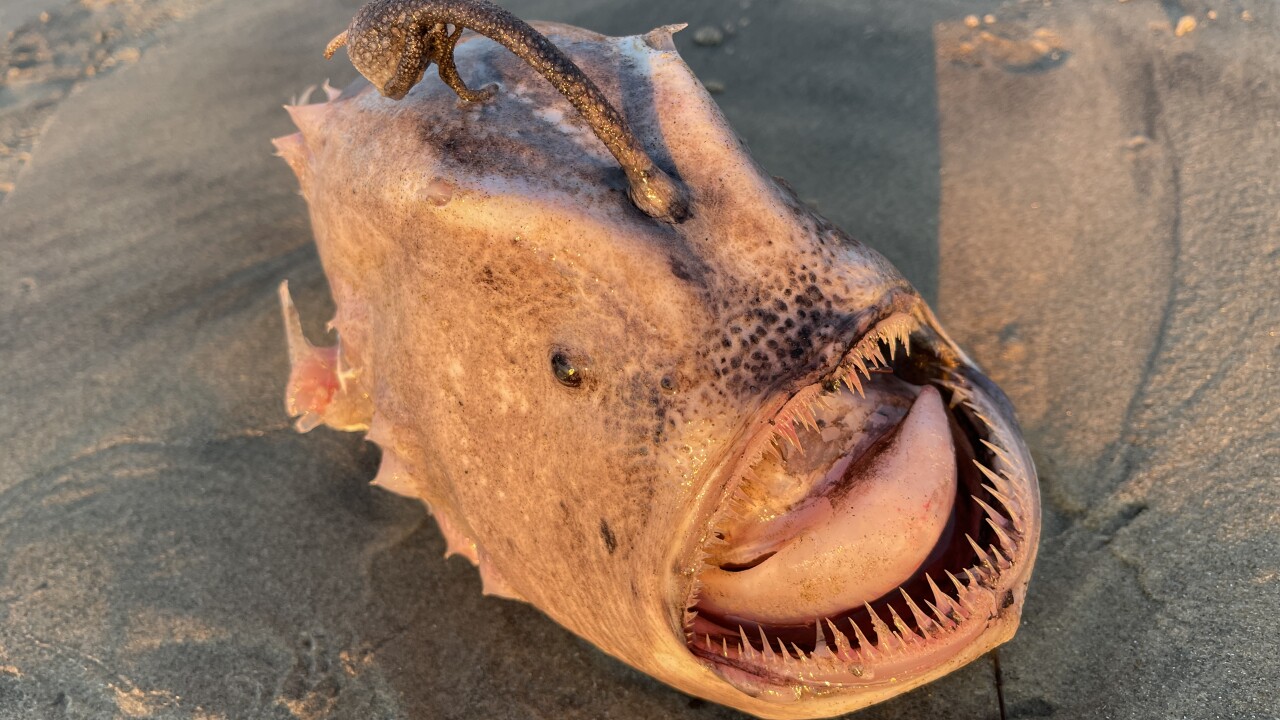 As expected, pictures of Pacific Football Fish went viral on social media. Users of social networks were also surprised by his physical appearance.

“Wonderful”; “That fish is very strange and amazing”; “It’s the craziest and weirdest thing I’ve ever seen”; “So thankful I wasn’t there”; “It looks like the fish featured in Finding Nemo,” read among the reactions.