it’s night. Suddenly, some armed men came to the door to enter and search the house. They are policemen and soldiers in plain clothes who take away the son of the family and his cousin in a minibus without registration plates.

The above, according to Ugandan journalist Remy Bahati, happened in October to her family in Fort Portal, western Uganda. Bahati believes that the Ugandan government wanted to take revenge on her by kidnapping her brother. “I investigated some stories that the government didn’t like,” he told DW.

What the journalist describes is an example of abuse of power, violation of basic rights, and lack of proper criminal justice. In short: there is no rule of law in Uganda.

The 2022 Rule of Law Index confirms that things are not going well in the African country. In fact, it is ranked 128th out of 140 countries analyzed.

Since 2009, the NGO Index Global Justice Project has been measuring progress in the rule of law around the world, based on eight factors. For this year, more than 154,000 households and 3,600 legal experts were surveyed.

What exactly constitutes the rule of law is a subject of ongoing debate. But there is a consensus that citizens who live under the rule of law – unlike Remy Bahati’s family in Uganda – can trust existing laws to be respected.

Germany is in sixth place

Denmark, Norway, Finland, Sweden and the Netherlands can be considered as role models. They occupy the first five places in the ranking. Germany ranks sixth, and it did not get the highest score in government and administration openness.

Within the European Union, Hungary scored the worst. At the bottom of the list are Haiti, the Democratic Republic of the Congo, Afghanistan, Cambodia and Venezuela. In those countries, basic rights such as freedom of expression are not adequately protected and government actions are not adequately controlled.

This is the current situation around the world.

The example of China shows that even those countries in the lower middle part of the list can also suffer from weak rule of law. Although this country stands out in fighting corruption and in maintaining order and security, it still ranks last in protecting basic rights and separation of powers.

According to an analysis by the Global Justice Project, the rule of law has weakened in six out of ten countries in the past year. This is the fifth year in a row that the global average for the rule of law index has fallen. 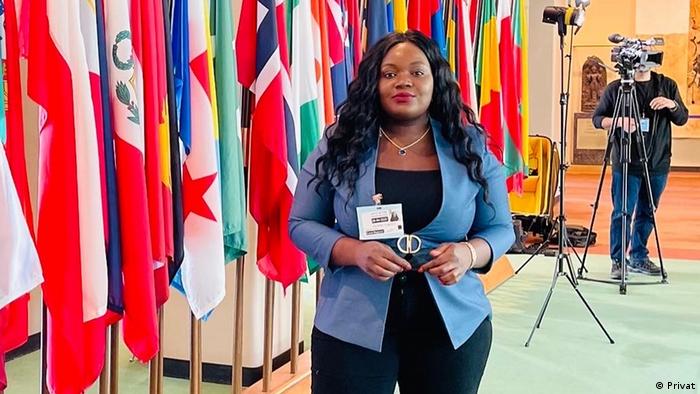 The expert also notes that there are currently 4.4 billion people living in countries where the rule of law is weaker than last year.

For journalist Remy Bahati, the lack of the rule of law in Uganda has had very personal consequences. His brother and cousin are now free, but the fear remains. “They let my brother go after nine days without charge, but they sent him a message,” he says. “He told me to stop tweeting about human rights and the East African oil pipeline project.”

Behati explains that she was more confident before. Now he is afraid to express his opinion.