A Miami (Florida) judge has denied removing the title of fugitive from justice to Colombian businessman Alex Saab, alleged front man of Nicolas MaduroDetained in Cape Verde, the country that allowed his extradition to the United States this week.

So the American judge Robert N. Scola filed a petition in which a difficult defense was also required to respond to the US Attorney’s office’s charges without ever setting foot on the country.

“SAB Moran cannot attack and prosecute his fugitive status until he is physically present in that jurisdiction (USA)“, The judge said in the court documents he obtained Effie.

Thus, the judge rejected a petition filed last January by a difficult defense accused in the United States of conspiracy to launder money and launder financial instruments, such as his right-hand Alvaro Enrique Boledo, who is also Colombian.

“Saab Moran Runaway“The judge confirmed the verdict. He explained it in detail The defendant is a fugitive if he deliberately avoided arrest by fleeing, hiding, or being absent from the court. 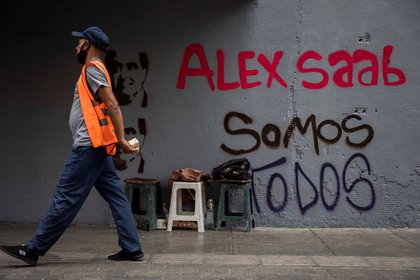 A man walks past a mural that says “Alex Saab We All” in Caracas (Venezuela). EFE / Rayner Peña / Archive

After last week, the Supreme Court of Justice in Cape Verde authorized Saab’s extradition to the United States, US federal prosecutors estimate that the handover will be effective before May.

Saab was filed by the Miami Southern District Court on charges of laundering $ 350 million. however, The North American authorities consider the Colombian to be a vital piece of information on the criminal structure of the Venezuelan dictatorship.

Mr. Saab’s name appears in the agreements with Iran in the movement of dollars and gold to Turkey. And in the opaque businesses that pass through Spain, Italy, the United Kingdom, Russia and Liechtenstein. He has a lot of information about Venezuela, its allies, and about Maduro’s own business. “One of the researchers said, on condition of anonymity, For the Colombian newspaper Time.

Saab is the head of Maduro’s financial architecture. Carlos Paparoni, Presidential Commissioner for Combating Terrorism and Crime in Juan Guaidó added that, as of December 2017, out of ten dollars managed by Maduro, eight dollars go through a tough structure, either to get food or to monetize gold in Turkey and Russia. 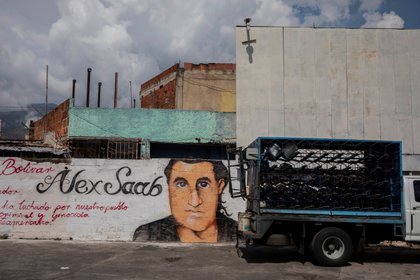 A small truck passes by a graffiti with the face of Alex Saab, on February 22, 2021, in Caracas (Venezuela). EFE / Rayner Peña / Archive

The influence of the Colombian businessman in the Venezuelan regime is that neither the United States nor Colombia know how far all the million-dollar negotiations he is conducting in the name of Maduro’s dictatorship go. Therefore, the information in your possession is very relevant and sensitive. Maduro and his environment know this. Hence the ongoing efforts to liberate Saab.

Saab was filed by the Miami Southern District Court on charges of laundering $ 350 million. Nevertheless, the North American authorities consider the Colombian a vital piece of information on the criminal structure of the Venezuelan dictatorship.

Saab has been detained since June in Cape Verde due to an arrest warrant for extradition purposes requested by the United States.

According to the indictment: Saab and Pulido laundered up to $ 350 million that they allegedly defrauded through Venezuela’s exchange control system.

According to the US Department of Justice, between November 2011 and September 2015, Saab and Boldo conspired with other individuals to launder their illicit profits and transfer them from Venezuela to bank accounts in the United States, which is why Washington claims to have jurisdiction in the United States. . status.