The Pentagon warned on Monday that the United States has its “interests” in the Arctic and that it will defend them against any Increased militarization of the region by Russia.

According to the United States, Russia “seeks to enhance its security by reconfiguring airports dating back to the Soviet era, expanding its network of air and coastal defense missile systems, and enhancing its capabilities” to prevent access to the region. The Pentagon announced this position after World War II CNN Satellite images of these Russian bases will be published in the Arctic Territory, all within their national borders.

Washington believes that Moscow adopted this strategy in the face of the rapid melting of ice in the Arctic, which opens new transit routes and removes the natural barriers that Russia relied on to protect itself.

“Obviously, we’re looking at this, and we have national security interests there that we have to protect and defend.Pentagon spokesman John F. Kirby at a press conference. “Strategic competitors may engage in malicious or coercive activities in the Arctic in order to achieve their goals for these areas. The Pentagon must be prepared to protect the national security interests of the United States by taking appropriate action in the Arctic.“he added. 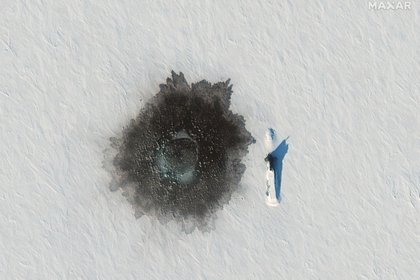 A Russian submarine in the Arctic during a naval exercise (Reuters)

The CNN Satellite images were shown of seven military bases in the Arctic, the easternmost of which is Murmansk, near the Norwegian border, and Providinia, the closest to Alaska (USA).

The rest will be located in coastal points such as Rogachevo or Anadyr or islands such as Alexandra, Kotellini and Wrangel. These photos show a The foundations strengthened in the last five years In some, a central building resembles the colors of the Russian flag: white, blue and red.

to me CNNAnd Russia will use these bases to develop a weapons program that includes the Poseidon 2M39 torpedo, which is equipped with a nuclear reactor.. The series said this torpedo would be designed to pass undiscovered coastal defenses, such as those for the United States.

The same applies to our borders and our economic region. The economic potential is increasing year by year and there are large-scale development plans in the Arctic region being systematically implemented.Russian President Vladimir Putin’s press secretary added.

He also considered that the United States had a similar position to defend its interests in the Arctic. With regard to the concerns of our American colleagues, We must not forget that the United States has never given up its military presence in the Arctic, nor has it ever stopped caring for it.. Peskov stressed that, we have always taken into account and started from the fact that we cannot ignore this core area. NATO is concerned about Russian activity

Stoltenberg said he had called on Ukrainian President Volodymyr Zelensky to “express his grave concern about Russian military activities” near the Ukrainian border and the ongoing violations of the ceasefire.

NATO strongly supports the sovereignty and territorial integrity of Ukraine. “We remain committed to our close partnership,” Stoltenberg said in a message on Twitter.

(With information from EFE and AFP)

On alert in the Arctic: Russia is increasing its military presence with infrastructure, nuclear submarines and tests of its latest weapons
The United States asked Russia for an explanation of the recent military “provocations” on the border with Ukraine
Vladimir Putin signed the law allowing him to run twice for re-election and stay in power until 2036