Player Opinion is a weekly section in which Vandal posts opinions expressed in the forum on a suggested topic. Every Friday afternoon, Spanish time, a new issue, news or text is presented to readers to present their views. We highlight the most representative texts of the week in this section, although all comments are available in the thread for this.

This week we asked our readers to decide where they prefer role-playing games between the two most popular genres: fantasy worlds, magic and castles, or futuristic sci-fi, with original weapons, or modern cities, in space or otherwise.

● “Sci-fi without hesitation for a moment.

I like futuristic themes better, of any kind, the typical “magnificent medieval” so indebted to Tolkien-influenced literature that it does not interest me. It seems to me the typical, typical “medieval” situation except for rare and exceptional cases like Kingdom Come Deliverance (a great game).

My preference for sci-fi is based on the fact that while there are rotten shares of themes I also love and hate (Mass Effect looked you in the face for putting together the worst and the best in every household), I find that there is more variety to suit my basic tastes.

It is clearly a matter of preference, for when you stop generalizing you will find everything.” — Zoom Plus

I think it has a lot to do with stories or legends from childhood. Spades like The Legend of the Ring of the Nibelungs or The Hobbit, where swords and magic play an important role in protecting and helping your characters against some dragons. Since then, games like Final Fantasy IX, Fantasy Life, or The Elder Scrolls V: Skyrim have become among my all-time favorites. “- puck killer

Swords and axes are way more awesome to me than explosives, laser guns, proton cannons, etc.

I also prefer dragons and stone golems on spaceships and space battles with laser cannons.

I generally don’t like sci-fi settings for RPGs. Although if they were to release a J-RPG with console-based combat Star Wars or a remake of Phantasy Star IV, I would play it without a doubt. “- Sir_Dekar

● “Mommy or Daddy. Although I admit I’d like to see more sci-fi games with fantasy stars.” – surfing birds

● “In my case which is not even discussed, MEDIEVAL FANTASY WHOLESALE AND IN INDUSTRIAL QUANTITIES.

Armor, shields, swords, magic, darkness, dragons, castles, dungeons, traps, this is ROL in its purest form and I wouldn’t change it for anything in the world. “- SoulsVania

● “Middle Ages fantasy, kill a mythical dragon, forests and mountains, rest at night in a pub with beer, thick chunks of dwarf cheese and melted butter. You can replace that with dining with a break on a ship talking lasers for the past week and never see me again.” – Nimoh

● “I love science fiction but it’s well made and there aren’t many games of a certain quality outside of the Cyberpunk genre. I have hope for the next Bethesda game: Starfield. Best out of 10 game from this topic for my fantasy series.”
As for medieval fantasy, I like it and there are higher quality titles. It’s such a broad genre of games that you have Zelda, Skyrim, or Dragon Age Origins in the same collection. “- ClassicGuardian

● “Medieval fantasy all my life, not to say that I don’t like science fiction, but is that there is no color, and there is nothing better for my taste than immersion in that environment while playing, but it is an environment in which it is difficult to create.” – Domico

● “As a fan of sword and magic, medieval fantasy will always be the priority, although Mass Effect and its variants will always be well received.” – ten thousands

● “The question can be expanded to include action games and graphic adventure games, which also use these contexts a lot.

One of the reasons I haven’t played an RPG since the ’90s is the medieval fantasy setting: I like natural settings, but not so much eroticism and medieval idealism.

I choose science fiction (not to be confused with space fiction) and take the opportunity to comment on something: Please, science fiction writers, the fact that an extraterrestrial creature does not give it the right to break the laws of physics and levitation or have telepathy. Thanks”. – obey 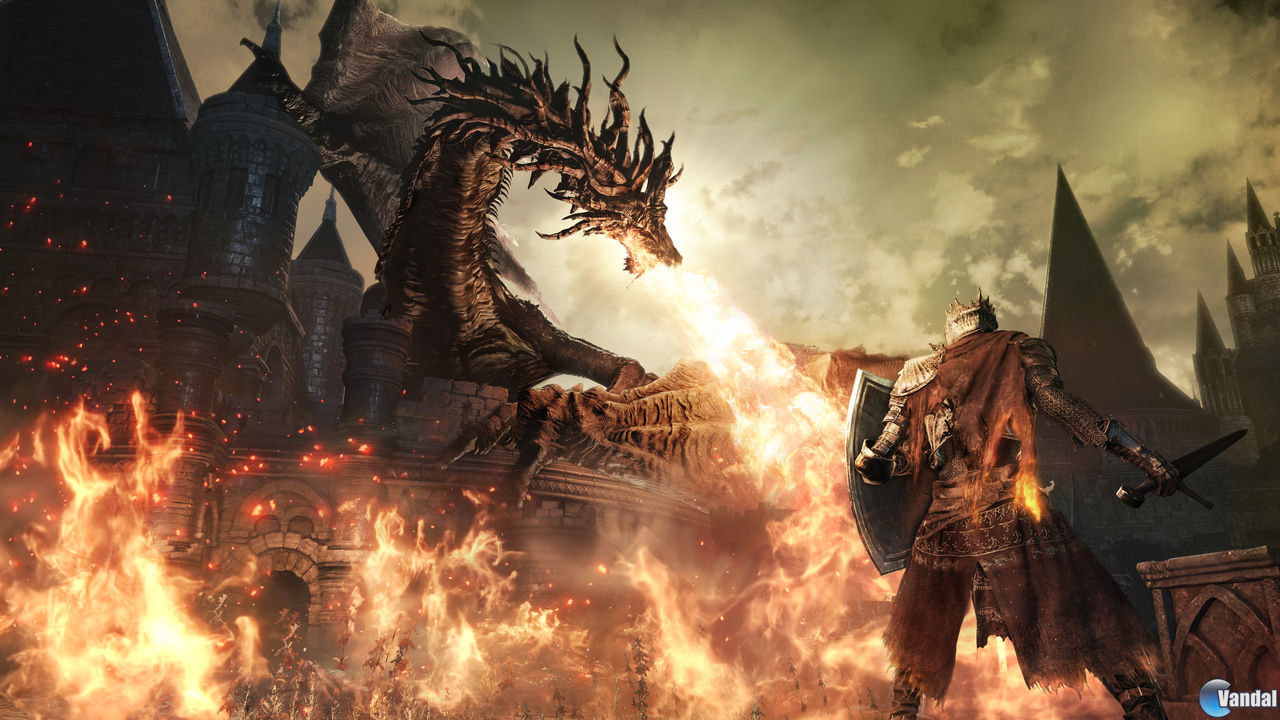 ● “Although I like both themes, I definitely prefer science fiction.

I feel like medieval fantasy is more “closed” and limited. In general, all products use the same creatures with the same names, for example, there are few differences between an elf in Dragon Age and an elf in The Witcher.

On the other hand, with science fiction I feel that a greater range of possibilities opens up and thus provides greater creative freedom. And just thinking that those technological advances you see on screen might one day come true gives me an indescribable feeling.” Barbababa

● “As for the irrepressible, irrational and mysterious impulse, I prefer, without a doubt, medieval fantasy. There is something within me that will always favor sword and magic, and all kinds of illusions that can only come out of imagination the most unreal, since time immemorial, Long gone, long trampled…

But this does not mean that he rejects science fiction. In fact, in the world of cinema it is one of my favorite genres, and I never lack for a good futuristic setting or distros when it comes to video games.

With everything and with this, I want to be faithful to the matter and definitely stay with the role of Medieval Fantasy.” Insomnium

● “Like the vast majority of what I see, a fantastic medieval roll without a doubt. Aside from the fact that dragons, swords, fireballs, etc. throw me the most, the soundtrack will be in another league if we talk about stage continuation and epic.
There are good games based on futuristic sci-fi but you can put a vault full of rats to slaughter…”. whore 360

● “Although I like a good fantasy setting, the truth is that it usually evolves within more predictable terms, such as magic, elves, dwarves, trolls… or surrogates, even if they are named otherwise.

On the other hand, as a huge fan of everything related to space and technological advancement, I feel that science fiction does not play with the same terms, it lends itself to reinventing itself over and over, because it does not have to follow some canons, and they can range from the most mundane to the most futuristic.

Evolution can be estimated if history requires it, the only one being the universe, i.e. it has no beginning and end depending on what you want to cover. And as a dreamer, I’ve always been more attracted to the idea of ​​what’s to come, than to what was, which is basically what is fiction, a period usually associated with a bit of a historical past (which is where it works really well, except for major exceptions like Harry’s Potter for example).

Science fiction can paint completely different worlds, with diametrically opposite specificities, physical laws far from those we know, and thousands of races and creatures we haven’t even thought of. It’s an invitation to discover and advance humanity to levels we don’t currently think about, and it allows me to peek or at least think. In new possibilities of what we will see tomorrow, or see people a thousand years from now.

As such an important figure such as Michael C. Clarke said, “Any sufficiently advanced technology is indistinguishable from magic.” I think this is the best description of the extent and possibilities offered by sci-fi, practically endless and it is only due to the author’s expertise to take the viewer/reader/player where they have never been before.

So here’s a vote for science fiction. “- Katakuri

It has a lot to do with a sense of adventure. The image of an unexplored cave or a shaded mountain evokes feelings within me more than an unknown solar system. On a small scale are the best campaigns. “- Peter Lor

We thank all the users reflected in this summary or not – who shared their opinions this week, and we encourage you to collaborate on the following topics.