Ships, aircraft, and personnel from the Mexican Navy, the United States and Canada carried out the tripartite exercises Green Flash 2021 Off the Mexican coast of Ensenada, in the state of Baja California. The purpose of this exercise, the second in less than a month between the Mexican and US Navy, was to improve response, interoperability, telecommunications, and tactical training capabilities to improve cooperation and develop interdiction operations.

Green Flash 2021 It is implemented with the combined forces of the Mexican Navy, the Armed Forces (USNAVY) and the Coast Guard (USCG), of the United States of North America, as well as the Royal Canadian Navy, with the purpose of preventing, deterring, disrupting and preventing illegal activities in the exclusive economic zone (EEZ) by conducting maritime operations and exchanging information And its synchronization and implementation of standard procedures for marine units and operations centers of the participating agencies.

During the exercises, naval formations and maneuvers were developed among the member ships of the Navy; Likewise, helicopter take-off and navigation exercises have been conducted on ship flight platforms. The second fleet of surface units of the Ministry of the Navy participated in the operation. Ocean Patrol ARM Revolucin PO-164 and ANX Panther helicopter, belonging to ESCAN-221 Naval Air Squadron. 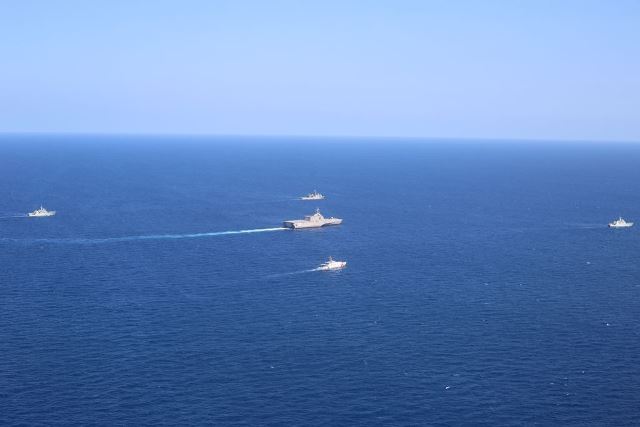 Copyright © Grupo Edefa SA Total or partial reproduction of this article without the prior permission and authorization of the publishing company is prohibited.