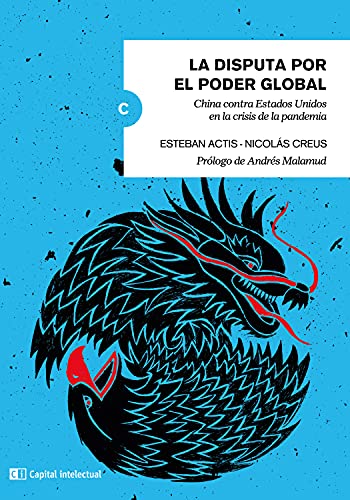 The dispute over global power. China versus the United States in the epidemic crisis It is a book carefully balanced between educational and somewhat scientific importance It is not usual in the bibliographic presentation of international relations. The authors invite students, decision-makers, businessmen, and the general public to think from a global perspective, while shaking nods to resounding conceptual debates within the discipline. They promise accessible text, but no less strict for it, and they keep their promise.

The aim of the work is to understand how the current process of spreading and transferring power is superimposed on the emergence and development of a pandemic, in order – from this intersection – to consider ‘what world we are in’. The authors were able to distinguish between movements that correspond to deep forces and those that are disruptive phenomena of the international system, highlighting future challenges.

In four chapters, Actis and Creus outline the basic concepts of contemporary international relations: a discussion of what constitutes a systemic event, the identification of deep forces, the debate over power, and finally the international order. The chapter on power is the chapter that best expresses the authors’ desire to position themselves between the current story, the appeal of the non-specialist reader and the academic discussion: they engage the debates about the concept of “power” in international relations. They illustrate this with examples from the current situation.

Although one of the innovations that the work presents, as its authors assert, is the idea of ​​“inevitable bipolarity,” the book goes beyond the dispute between China and the United States and presents a fairly complete panorama of the international scene. However, it seems to me that these specialists limited themselves by restricting themselves to a very focused view of the state, and to the exclusion of the role of other actors, such as TNCs.

With regard to their analysis of the effects of Covid-19 on the international system, Actis and Creus argue that the pandemic allows the drawing of two “veils”: the veil of ignorance, according to which the pandemic was foreseeable and its results reveal that the prevailing analytical frameworks are dangerously missing, and the frameworks of complacency, in the sense that all the components of A global crisis was on the horizon, but the agents decided to neglect international risks. Lifting this veil exposed the limits of global governance.

The book is very easy to read and offers a comprehensive bibliography, which makes the investigation transparent and stimulates deepening approaches to its pages. It is undoubtedly an essential task for anyone who wants to understand the transformations of the international system and think about problems, however local they may seem, with an attitude that transcends borders.

11,500 US work visas are offered for the first time