A huge male gorilla nibbles on a bamboo bud before it unleashes a heavy wind, oblivious to the roar of cows and the shovels of farmers observing him from just 50 meters away.

With hundreds of specimens of mountain gorillas, Volcanoes National Park in Rwanda is a victory for conservation. But the success was such that the majestic apes now lacked room to thrive.

Across Rwanda, Uganda, and the Democratic Republic of the Congo, the Virunga mountain range is home to eight volcanoes in the heart of the densely populated Great Lakes region, and along with Uganda’s Bwindi Forest, is the world’s only home to mountain gorillas.

Rwandan park managers are proud of their success in regenerating primates.

“In our 2010 census, there were 880 mountain gorillas. And in 2015, we had another census that showed we had 1,063” in Virunga Massif and Bwindi Park, he said France Press agency Forester Felicien Ntezimana, before walking through the misty forest where these animals live.

Thanks to this recovery, this species known for its tougher and longer fur is now classified as “Endangered” by the International Union for Conservation of Nature while other great apes are “Endangered”.

It’s been a long journey since the 1980s, when the population fell to 250 in the Virunga Mountains after decades of poaching, and famous American primatologist Dian Fossey was killed in that park for her battle against the activity.

Increased security and a campaign to win the approval of the local population helped change the species’ fate.

Currently, 10% of the $1,500 park ticket costs are earmarked for community projects, and 5% is put into a compensation fund for local residents.

Far from hateful and fearful as in the past, gorillas are now seen as essential to society’s economic future, says Jean-Baptiste Ndize, an elderly resident of Musanze, a municipality on the edge of the park.

He says: “Tourists leave money on them, which (…) returns to us in the form of food, a home and a decent life.” France Press agency.

Before the pandemic, the sector contributed $25 million to this country’s economy.

But the success led to unexpected consequences.

25 years ago, Rwandan authorities monitored hundreds of primates in the forest. Now there are 380 gorillas living there, according to an official count.

Tourism and interaction with animal researchers have accustomed them to human presence, making them less and less fearful of venturing into populated areas as their habitat becomes saturated.

“We’ve seen a lot of gorillas leaving the park in search of food outside…they also tend to move outside the park boundaries,” says Felix Ndajijimana, president of the Dian Fossey Gorilla Foundation in Rwanda.

The consequences of this can be dire.

This powerful animal, whose males can weigh up to 200 kilograms, is susceptible to human diseases such as influenza, pneumonia or Ebola.

Population growth also increases the potential for primate fights that can prove fatal to younger members of the species.

A decade ago, Ndagijimana and her colleagues began a study when they noticed that population growth was slowing. The results showed that infanticide had multiplied by five.

“Childicide is a big problem because it has a huge negative impact on gorilla population growth,” he says. 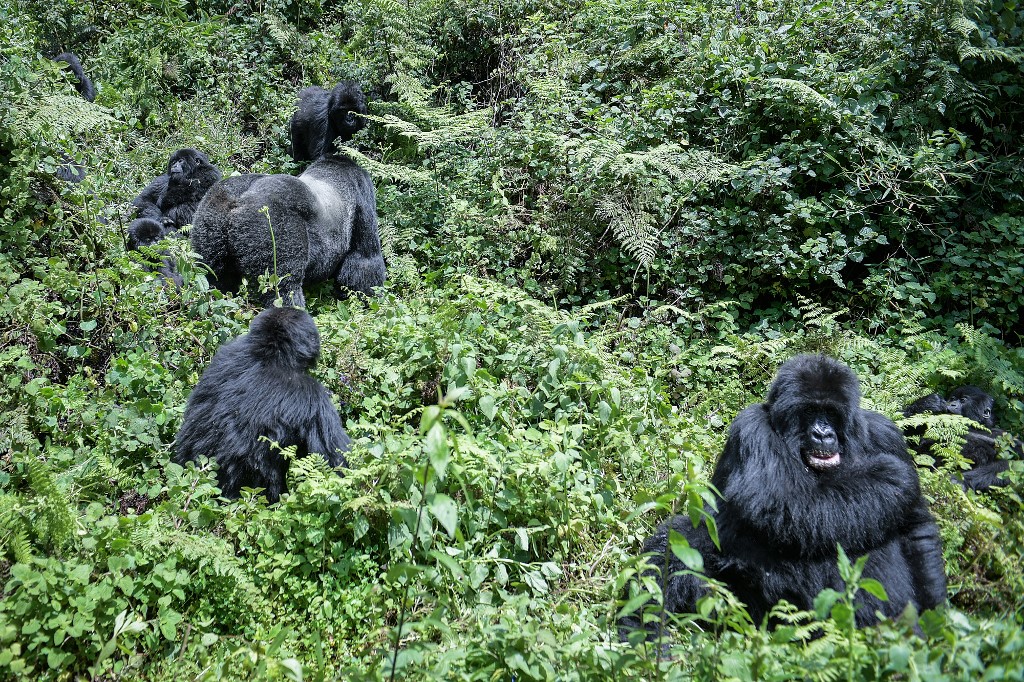 The problem is more pronounced in Rwanda than in neighboring countries.

Only one family of gorillas lives on the Ugandan side of the massif, while the Congolese park is “huge” compared to the Rwandan jungle, says Benjamin Mugabukume of the International Gorilla Conservation Program, a regional organization.

This small Central African country plans to expand the park, adding an additional 23% of space in the next decade. The ambitious project is due to start next year and will displace about 4,000 farmer families.

“It’s a process that we are taking very carefully,” Park director Prosper Oingley told AFP, noting that those responsible were developing feasibility studies and designing places to relocate those affected.

And the authorities want to compensate them with a house in the new “model villages”, of which there is already a visible prototype in Mossens.

In addition to the huge school and egg factory, the town has fully furnished brick apartments.

The government insists the change will benefit those affected, but some families worry even though in the end they have no choice but to abide by and obey an authoritarian state.

“This place is very fertile and it has allowed me to feed my family,” says one potato grower. Gorillas “is not a problem” but “where they want to move us, the soil is not fertile”.

The Brembo Hackathon has already won

The US ambassador to Colombia met with Alvaro Leyva, the Secretary of State appointed by President Petro

Science to save the oceans