Around the world, the contact that occurs between the superiors is apt. Especially if they are countries that share borders. The topics that are discussed, debated or discussed are not always known to the public. What is certain is that the conversation between bosses always has some consequences.

It doesn’t matter whether it’s on the phone, in person, or via video, meetings between bosses are important. Some of these meetings took place at crucial moments for different governments. Recent stories include one of the visits of former Mexican President Ernesto Zedillo to former President Bill Clinton.

To understand this encounter, it is important to review researcher Kenneth Starr’s report. Starr was responsible for investigating former President Bill Clinton’s full episode with Monica Lewinsky. According to the Starr Report, while former President Ernesto Zedillo waited in the hallway, the event that led to the impeachment of former President Clinton –Isolation– That was happening.

This means that while our ex-president Ernesto Zedillo was waiting, Bill Clinton had a sexual encounter with Monica Lewinsky. This anecdote could have sparked a diplomatic struggle after the publication of the Starr Report. However, the Mexicans go through it without problems. It was not a major crime.

It is clear that our country’s dependence on our neighbor in the North always makes us underestimate the injustices we receive. Above all, the ones we received during the previous administration from former President Donald Trump. It is clear that the image of Trump among our citizens has always been negative. It was very similar among Hispanics living in the United States.

From 2016 until now, the opinion of the president and government of the United States has changed drastically. If they had a positive rating, they’d gone for a negative rating. Nevertheless, the opinion of Mexicans of American citizens remained positive. In other words, Mexicans know how to distinguish between government and citizens. 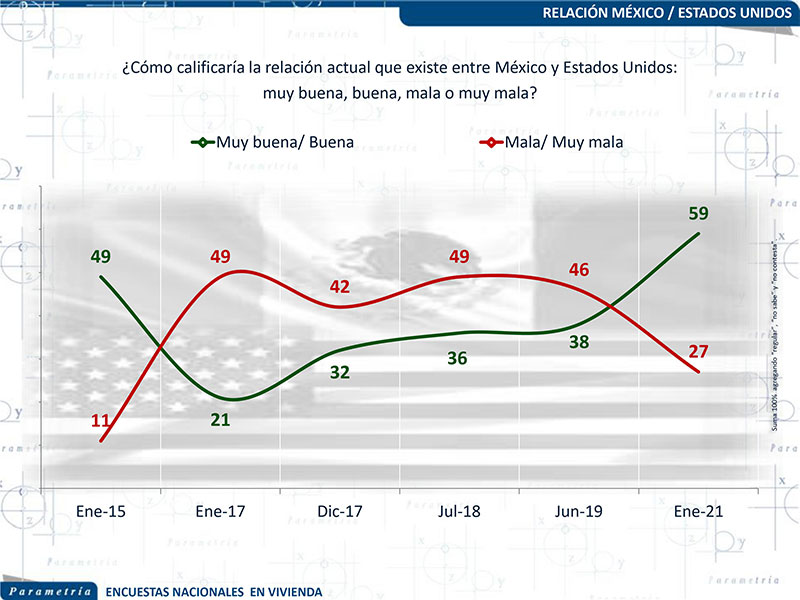 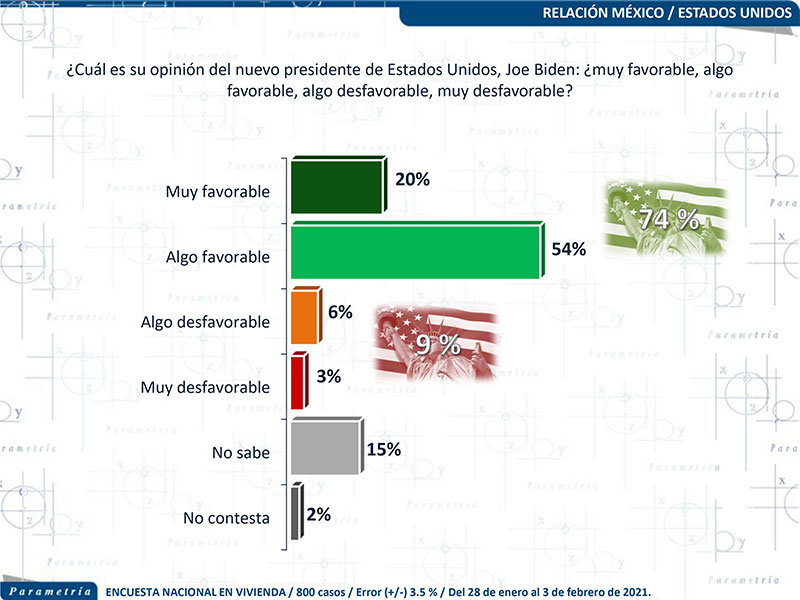 Mexicans have very optimistic expectations about the relationship with the new United States government. It is very clear how the management change is perceived. Ironically, democratic administrations are not necessarily more favorable to many of the Mexican government’s policies. An example of this is immigration issues. At least on the immigration issue, the Democrats have severely punished the Mexican government. Statistics reveal that deportations are increasing under democratic governments. For example, just look at what happened during the Obama administration.

It’s very interesting or revealing how they see relations with Mexico from the United States. There can be no greater asymmetry. While for the Americans we are another issue on their international agenda, it is clear that we are here to give them a special place. The contradiction with the previous government could not be more apparent, and thus understandable expectations were formed.

Communication with our superiors is essential to maintain a good relationship. Our general opinion is so aware. We hope that our level of optimism will not change from these contacts and lead to good results. 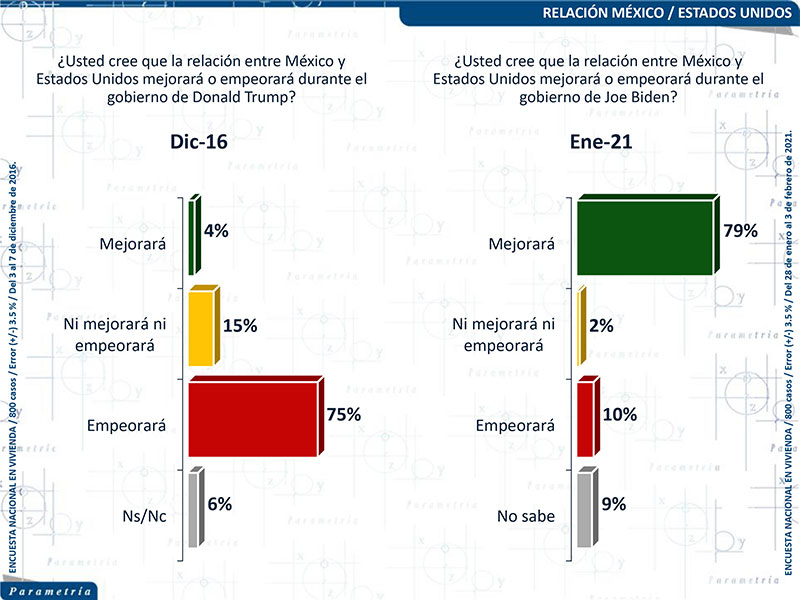