Skip to content
Visit of Michelle Bachelet in Guangzhou (via Reuters)

“The United States remains concerned about the visit of (…) Bachelet and her team “to ChinaBlinken said in a statement.

Washington is also concerned ‘Efforts’ by the ‘Chinese Regime’ to Restrict and Manipulate Your Visithe added.

Blinken consider it These circumstances “do not allow a full and independent assessment of the human rights situation in the People’s Republic of China, including Xinjiang.”

Bachelet defended her controversial visit to China on Saturday and urged authorities to avoid “arbitrary and indiscriminate” actions in Xinjiang, a region where Beijing is accused of widespread abuse.

The long-planned trip took her to the far western region, where China is accused of detaining more than a million Uyghurs and other Muslim minorities, as well as carrying out forced sterilizations.

This is the first visit by a top UN human rights official to China in 17 years, and comes after tough negotiations over the terms of his visit. 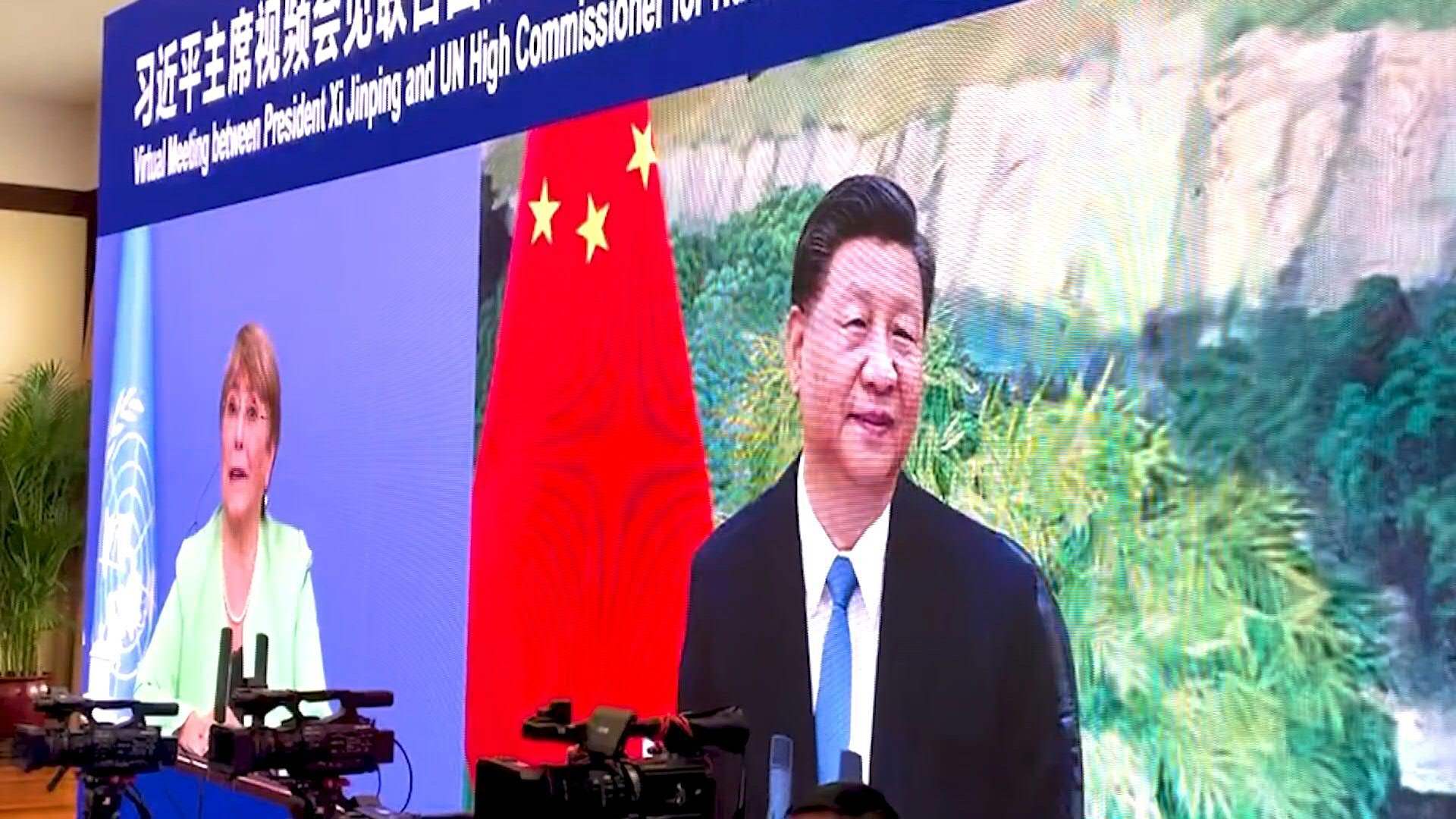 On Wednesday, Chinese President Xi Jinping defended his country’s progress in the field of human rights, after new press leaks about the suppression of the Muslim Uyghur minority in Xinjiang, which coincided with the visit of the United Nations High Commissioner, Michelle Bachelet to this region.

Bachelet urged China to avoid “arbitrary, indiscriminate measures” in its crackdown in Xinjiang, but also said she was aware of the harm caused by “violent acts of extremism”. The former Chilean president insisted her visit was “not an investigation”.

The tour was heavily criticized by human rights groups and Uyghurs abroad.

After Bachelet’s video meeting with President Xi Jinping, state media suggested that she supports China’s view of human rights. But his office later clarified that his comments did not contain a direct endorsement of China’s human rights record.

“Some Western countries … did their best to boycott and undermine the High Commissioner’s visit, but the plot did not work,” Chinese Vice Foreign Minister Ma Zhaoxu said in an online statement after the press conference.

“Resignation is the only thing you should do for the Human Rights Council,” said Dilksat Raxit, spokesperson for the World Uyghur Congress group.

Uighur activist Rehan Asat, who is based in the United States, said on Twitter that it was a “total betrayal”.

Kenneth Roth, executive director of human rights, played down Bachelet’s argument that her visit was valuable because she was able to speak frankly to Chinese officials. “This kind of behind-the-scenes talk is exactly what the Chinese government wants, with no public reporting, no pressure to end its heavy-handed crackdown on Uyghurs and others,” Roth wrote on Twitter.

Amnesty International Secretary-General Agnes Callamard said in a statement that “the High Commissioner’s visit was marked by photographs taken with senior government officials and manipulation of statements by Chinese state media, giving the impression that she was directly involved in a highly anticipated propaganda exercise” by the Chinese government.

(With information from AFP)

Anthony Blinken denounced that China “is the only country that intends to reshape the international order”.
Ideology vs Prosperity: How Xi Jinping is Hurting China’s Economy