The United States government expressed concern on Wednesday about reports that Russian opposition leader Alexei Navalny is deteriorating in prison.

“We are concerned about reports that Mr. Navalny’s health is deteriorating.”White House Press Secretary Jane Psaki said, adding that Washington considers the opposition prisoner to be “politically motivated and gross injustice.”

Navalny, 44, continues with Cough and feverAccording to what was announced by his lawyer, Olga Migilova, on Wednesday, after visiting the center where he is still imprisoned.

The lawyer said, “As for his health, he had a fever of 39 degrees yesterday, and yesterday the temperature remained at 38 and today it ranges between 37 and 37.2 degrees, and at the same time he was coughing.” He also made it clear that Navalny was still struggling Back and leg painAccording to the Russian news agency Sputnik.

“Of course, Exhausted because he continues his hunger strike and drinks nothing but water. Of course the circumstances are very difficult, no matter how coherent they are. “Mijailova qualified.

File from the file: Still image taken from a video recording showing Navalny in the dock during the announcement of a court ruling in Moscow, Russia, February 2, 2021 (Press Service of the Simonovsky District Court)

A group of doctors who traveled to the prison where Navalny is located, on a hunger strike for several days, to denounce their conditions and demand to see an outside doctor, warned on Tuesday that the authorities prevented them from accessing him, despite his health condition. It should get worse in recent days. His environment has already advanced so that the opponent suffers from serious back problems, leg paralysis, fever and cough.

“It looks bad and it is not feeling well. Nobody intends to treat it.”He mentioned it to the agency France Press agency Mijailova, explaining that the opponent’s weight is now 80 kg, which is five times less than when the hunger strike began; When he arrived at the concentration camp in March, he weighed 93 kg.

Another of his attorneys, Vadim Kupzev, announced on Twitter that the opponent was losing “a kilogram every day” and that he felt pain when walking. “The disease is clearly progressing in terms of loss of feeling in the legs (…), in the hands.”, Wrote.

Allies and relatives of Navalny demand his transfer to hospital. 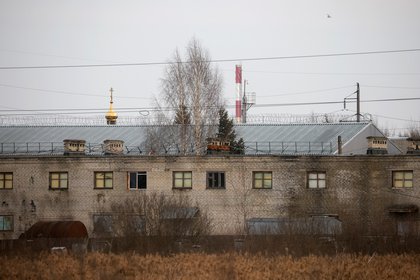 Navalny prison in Pokrov Camp No. 2, 100 kilometers east of Moscow, which is known as one of the harshest punishments in Russia (Reuters / Maxim Shimetov)

Meanwhile, the Kremlin denied any discriminatory treatment of Navalny. “If it is a disease, treatment will be provided at the appropriate level,” presidential spokesman Dmitry Peskov told reporters.

Navalny, who in August 2020 survived a poisoning he blamed on Vladimir Putin’s government, was arrested on his return to Moscow in January and forced to serve out his sentence for fraud in 2014. Justice understood that he had violated the terms of probation.

The Kremlin Media Campaign Against Alexei Navalny: Videos in Prison and a Spy as a Journalist in Prison
Russia has announced that its second coronavirus vaccine is 94% effective and works against all strains
They denounced that Russia is using the epidemic “as an excuse to continue suppressing the voices of dissent.”