The United States has warned the Solomon Islands that it will act “accordingly” if China establishes a “permanent military presence” in the Pacific archipelago. The White House reported Friday after the signing of a controversial security agreement.

s You will do the same in the case of setting up a “military facility” also Power projection capabilities That allows a Chinese spread in the region, stressed.

Representatives from the White House and the State Department traveled to the Solomon Islands on Friday, Where they met Prime Minister Mansi Sogavary. Washington wanted to persuade the archipelago not to sign an agreement with Beijing, but it became official on Tuesday. 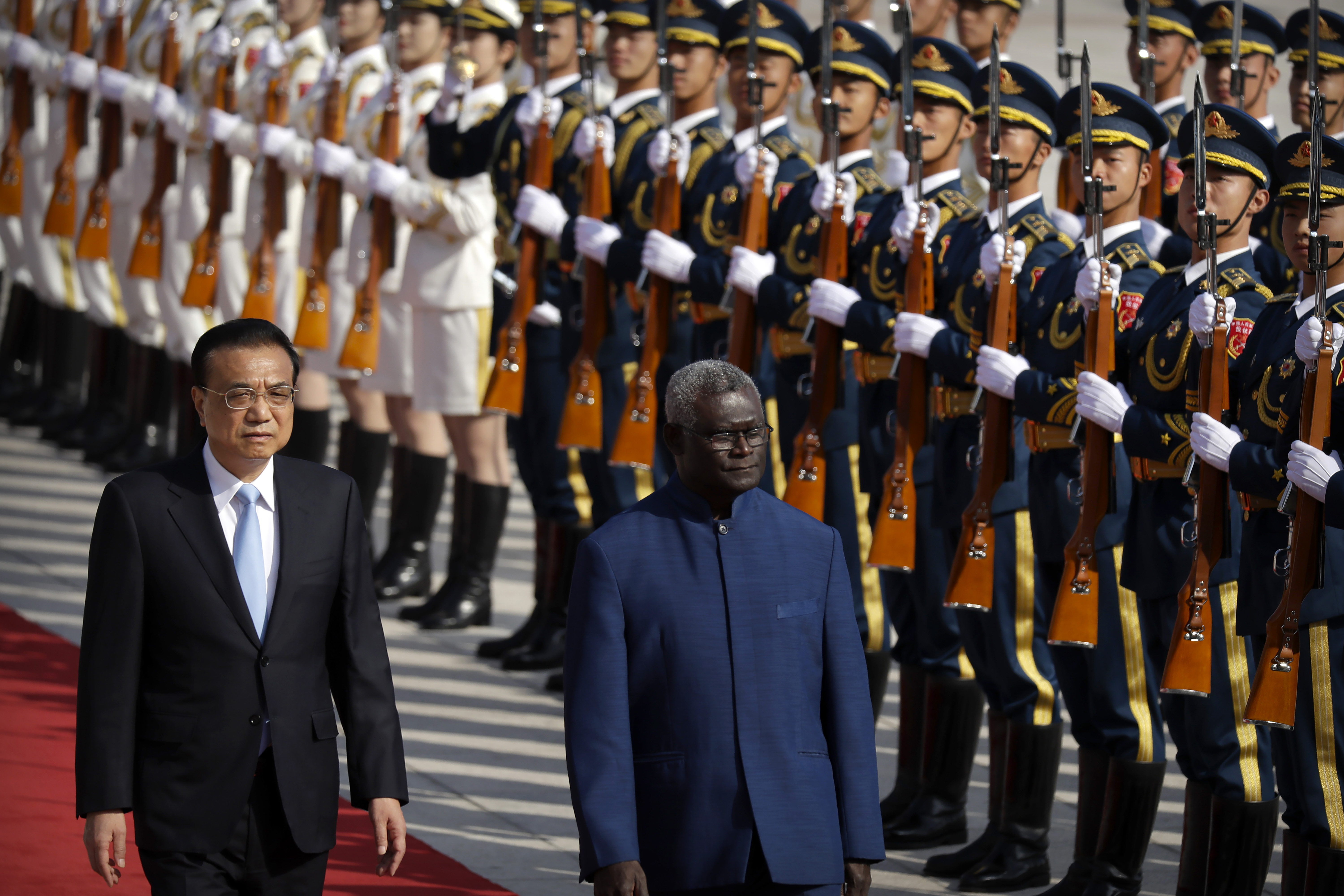 “In response to the concerns raised, the Prime Minister Sogavari reiterated his assurances and specifically emphasized that there would be no military base, long-term presence and force projection capabilities.”The US presidency said in the statement.

The United States stressed that It will closely follow developments with its regional partners“, he added.

The American delegation insisted on that “Potential repercussions on regional security,” he questioned during the “substantive discussions” about the “purpose, scope and transparency of the agreement.”

The The Americans, claiming to “respect the right” of the Solomon Islands to make “sovereign decisions”, made an effort to win their trust with a series of decisions.

Among them, acceleration opening of a US embassy, Strengthening cooperation in the field of mines, sending a hospital ship or providing additional vaccines. 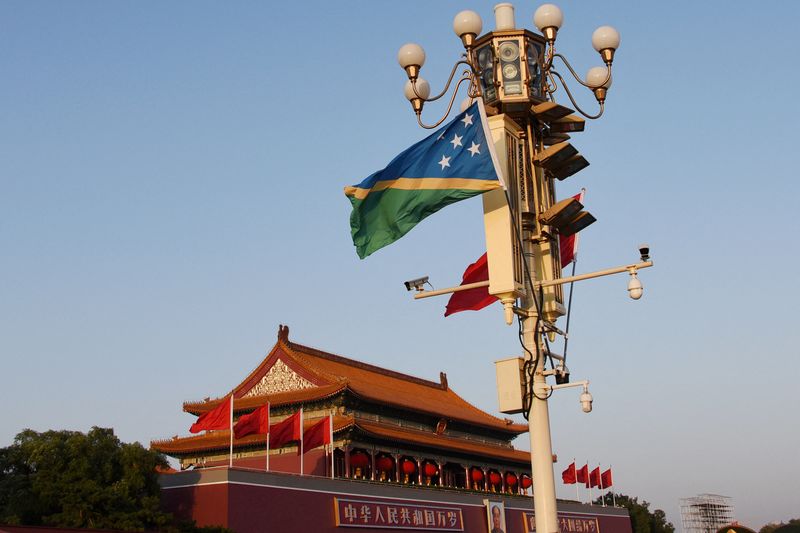 From the files: The national flags of the Solomon Islands and China fly in Tiananmen Square in Beijing (Reuters)

Before meeting with the Prime Minister Americans Sugavari, who changed his alliance with Taiwan in favor of China in 2019, coincided with the opening of a Beijing-funded sports stadium with the Chinese ambassador in Honiara.

Sugavari, who confirmed it earlier Its foreign policy is “to be friends of all and enemies of none”, Declaring in a speech at today’s event that his alliance with Beijing puts his country on “the right side of history,” the local channel picks up SIBC.

The chief noted that during this Three years of relations with Beijing, the relations between the two countries have developed “with trust, respect and real desire to achieve long-term sustainable development results”. 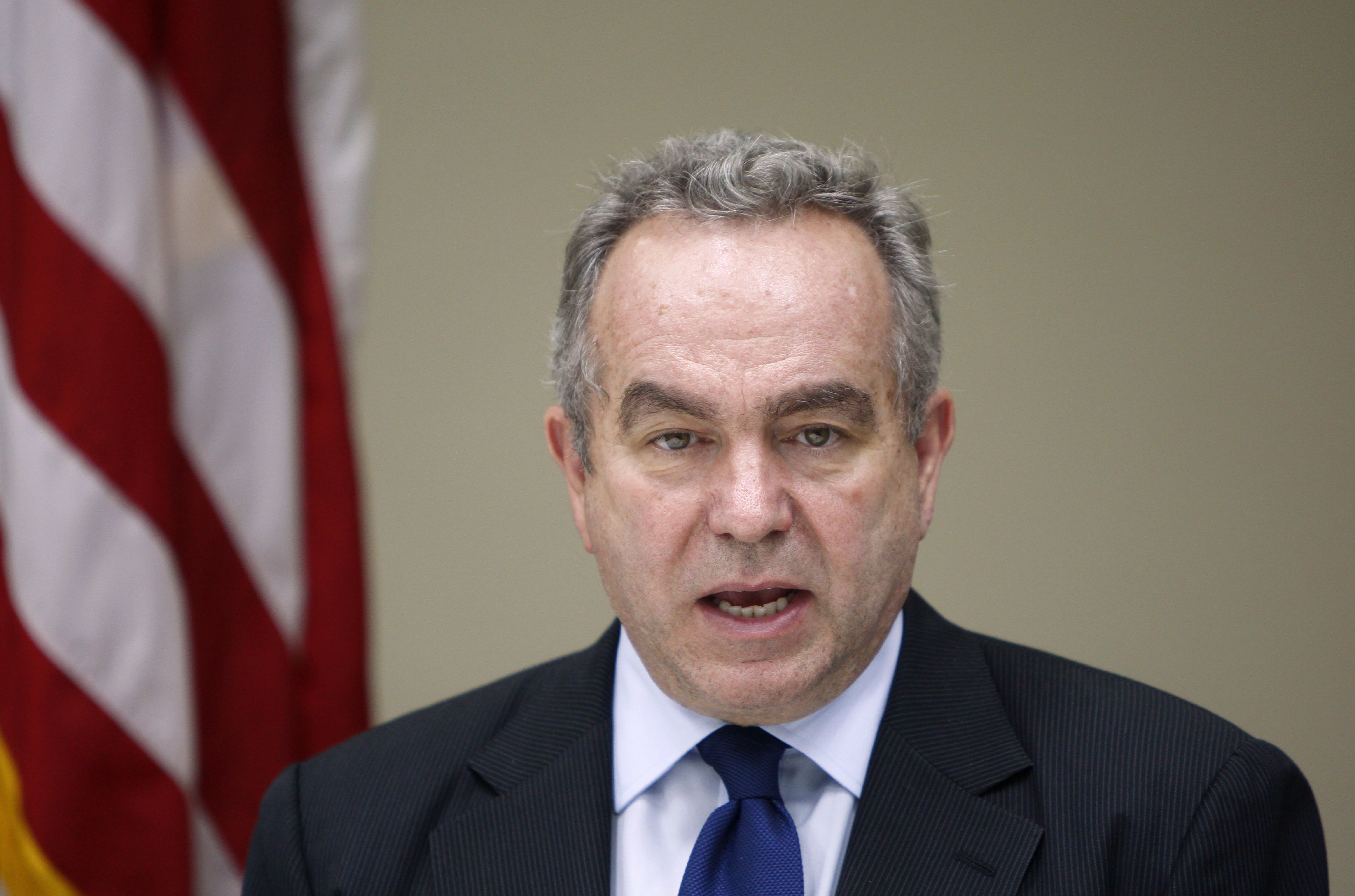 In turn, the Ambassador of China in Honiara, Li Ming stressed that Beijing “fully supports the development of the Solomon Islands,” and called for the implementation of other projects to promote sustainable development, as well as measures to protect people, businesses and enterprises..

The Chinese diplomat also insisted on this Your country is “always strong” in fulfilling its obligations and “quick in its actions”, During his speech,

(with information from the AFP and EFE)

The Xi Jinping system will set alarms in the homes of the injured in Shanghai
The collapse of Chinese markets intensified, and the yuan reached its lowest level in a year