Grandi is currently on an official visit to the East African country, which now protects 1.4 million refugees. He seized the opportunity to emphasize Uganda’s treatment of those fleeing war and persecution as a model for the rest of the world.

“I would like to thank the Ugandan government, the local government and their people … because despite the recent influx, Uganda maintains the most advanced asylum policy in Africa, including all over the world,” Grandi told reporters after a tour of the refugee camp.

“Uganda maintains the most advanced asylum policy in Africa, even in the world.”

Imbivi and the neighboring Reno camp, located in the Arua region, now provide a temporary home for some 245,000 refugees, most of them from South Sudan.

“Nearly 500 people enter Uganda every day … They can all come and get protection, they can mix freely, work, get basic services, borders are open; their asylum policy is one of the most advanced asylum policies in the world,” he said. . She said.

Most of the refugees came to northern Uganda to escape the conflict in South Sudan, but a steadily increasing number are also fleeing insecurity in the Democratic Republic of the Congo towards its western border. Uganda also hosts around 50,000 refugees from Burundi. 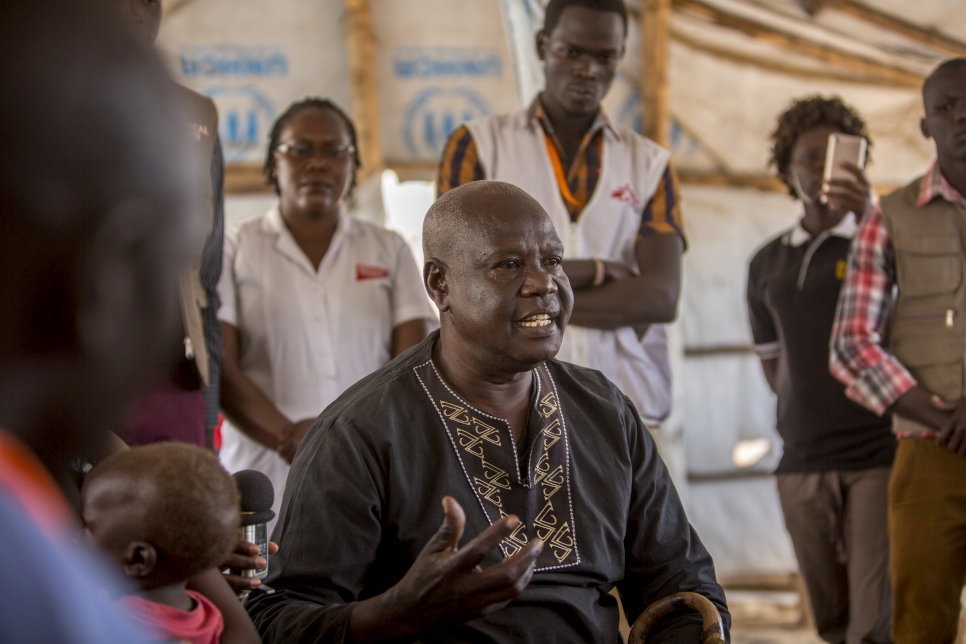 Lasuba Yusto, 60, from South Sudan, told the High Commissioner that this was the third time she had been a refugee. © UNHCR / Georgina Goodwin

Grandi stressed that refugees in Uganda are often given farmland, allowed to work and have access to education, health and justice, but he cautioned against the generosity of host communities, which face major development challenges.

“We should not test people’s patience too often … We have to ensure that local communities benefit from the presence of refugees,” he said.

“Hosting refugees can be beneficial for local communities and refugees.”

He explained that the UNHCR and the Government of Uganda have adopted a comprehensive strategy that supports initiatives that seek to strengthen harmonious relations between citizens and refugees.

Under these policies, facilities, such as health clinics and water wells, that have been set up to support the presence of refugees, are available to local communities. Grandi explained that hosting refugees can be beneficial for local communities and refugees, after touring a new well that will supply water to all who live nearby.

Later this week, UNHCR will launch a new funding appeal to support the “community-wide” approach, also known as the Comprehensive Refugee Response Framework, while increasing investment in infrastructure.

Grande met many refugees, many of them told her that they would return home if there was peace and security, but for now this was not the case. “We are confused, there is no peace there. We will go home if there is peace,” said Sarah Ottawa, 24. She walked to Uganda for six weeks with her elderly parents and their two children, to flee the fighting near their home.

“All these people want to go home,” Grandi said. “I want to appeal to the leaders of Southern Sudan again to satisfy peacebuilding.”

Influenced by the story of a man the same age, the High Commissioner told him that he was a refugee in Uganda four times in his life.

“I want to go back and make sure my body is over there. This is the fourth time that I am a refugee. Uganda has been very good for me, but I want to go home,” said Lasuba Yusto, 60.

Grandi also met Prime Minister Rohakana Rugunda, to whom he reiterated the UNHCR’s appreciation for his country’s approach to the refugee situation and pledged to maintain and improve cooperation with the authorities in all areas.