Under the auspices of the Vatican, he will give a premiere of the film “The Convocation” with the participation of the Pope. May 22-29, with major events in Uganda, Italy, Ireland, Brazil and the Philippines.

Laudato C Week, the days marking the seventh anniversary of Pope Francis’ public message on the care of creation, will feature a series of global celebrations and the first public preview of The Call, a new film starring the Pope.

Hundreds of thousands of Catholics will gather together from May 22-29 to celebrate progress in implementation Praise yes in life and intensify their efforts through Laudato Si . platform Vatican. This new tool trains Catholic institutions, communities and families to carry out the general mission.

‘Laudato Si Week’ has become a global celebration that leaves believers inspired to do more for our common home, said Tomás Insua, CEO of the Laudato Si Movement. Amid the chaos and destruction every day, Catholics are taking urgent action against the climate emergency and environmental crisis around the world, and Laudato Si Week will serve as a source of inspiration and lessons for all those interested in saving God’s creation.”

Each day of the Laudato Si week will include global, regional and local activities linked to one of the seven Laudato Si goals. On the day environmental education is celebrated, the images of The Call will be shown for the first time to the general public, a feature-length documentary about praise yes, in a live broadcast. The film will be shown worldwide later this year.

Activity begins at 14:00 CEST on May 27. Registration required in this link.

Facilitated by Deborah Castellano Leboeuf, analyst for NBC News and MSNBC, contributor to EWTN, Salt & Light TV and others, and reporter for Vatican News, it will feature:

The The complete program of Laudato Si’ weekwhich includes global events in Uganda, Italy, Ireland, Brazil and the Philippines. Catholics are encouraged to inspire their community by registering their local activities at LaudatoSiWeek.org/en. 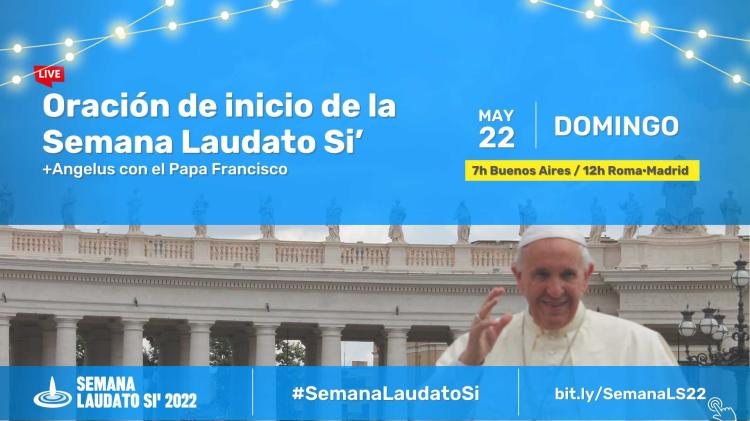 Monsignor Marcelo Daniel Colombo, Archbishop of Mendoza, Argentina: “Dear brothers, in these days in which we live and celebrate the Laudato Si Week, I would like to express to you the desire to grow in the commitment to the care of our common home, bearing in mind that through baptism we share the responsibility for the life of our ecclesial community, how not to be, as a Church, Are we all responsible for this mission of witnessing love, respect and concern for all that the Father has created?

May the Lord grant us that barbarism in witnessing to our common home as a space for care, service and love based on the lives of all. God bless. Trustworthy”

Monsignor Guillermo Stickling, Bishop of Ciudad del Este, Paraguay: “Documents are forgotten over time and the application process sometimes takes 50 years but with Laudato Si ‘we don’t have much time… to do something now!”

The theme of the week is “Listen and Walk Together”. Laudato Si Week ‘2022 is sponsored by Dicastery for Integrated Human Development and facilitated by the Laudato Si Movement in collaboration with various Catholic partners.

Organizers remind that global activities, except for the preview of the film on May 27, will be broadcast on channels Facebook s Youtube From the Laudato Si’ movement.

The Laudato Si movement is at the service of the Catholic family around the world to transform the general message Praise yes Pope Francis in Action for Climate and Environmental Justice. Laudato Si’s efforts to build a community movement depend on the combined gifts of nearly 800 member organizations and thousands of local volunteers who help bring Laudato si’s message to life.