Since their inception, video games have been mini technological marvels. There’s a lot that goes into creating the complex gaming experiences that are so commonplace today, from the visual and audio design of gaming worlds, through to the software that keeps all the functions of a game performing effectively. As each new iteration of games becomes more feature-packed and convenient to play, they continue to be powered by more and more advanced technologies.

One of the key technological elements behind many of the modern-day digital games is a software algorithm called an RNG. As gaming becomes ever more competitive, some voices in the gaming world are critical of RNG use, despite its many benefits. In this article, we’ll cover exactly why gaming needs RNGs and look at how they’re applied across various gaming genres.

What is an RNG?

RNG stands for random number generator. At its core, it’s a software algorithm that generates randomised numbers. When integrated into a video game, they can generate events that are completely unique each and every time you play.

Whether you’re a keen gamer or only switch on the console now and again, you’re bound to have played games that incorporate RNGs. How many times, for instance, have you come across the same Pokemon when playing the Nintendo classic? Even in a sandbox game like Minecraft – in which you as the player have control over the world you’re building – there will be random events now and again that you simply cannot predict.

Meanwhile, in more competitive video games, RNGs can impact everything from how bullets strike targets to how a character’s abilities or powers can impact opponents during battles.

How RNGs are Used in Gaming Genres

As we briefly touched on above, RNGs are integrated into a whole host of different video and online games.

Action and RPG (role-playing game) titles with scavenging or looting as a key function rely heavily on RNGs to ensure randomness throughout gameplay. In a game like Borderlands, every time you defeat an enemy or open a loot box, the reward you receive is different in different instances. Sometimes you can get your hands on the rarest of items, and other times it’s simply a low-level reward.

The Pokemon gaming franchise is another great example of how RNGs are utilised in diverse gaming genres, but they’re even in play throughout battle games, including Super Smash Bros. The character Mr Game & Watch has a special move called Judge, which displays any number from one to nine when it’s used. It’s thanks to the game’s RNG that you’ll never get the same number twice in a row when using it.

Moving out of the video gaming genre, RNGs have become even more important in sectors like iGaming and Fantasy Sports. Take the online casino segment, for example. The presence of an RNG is crucial to proper slot machine mechanics online, especially when it comes to ensuring each and every game is provably fair. In fact, running a platform powered by a functional RNG is a condition that all real money gaming operators need to meet in order to be granted a gaming license from trusted authorities like the Malta Gaming Authority and the UKGC.

Why RNGs are a Bone of Contention

Elements of randomness in gameplay are what prevent your favourite titles from becoming monotonous. They keep the gaming experience fresh no matter how many times you return to playing it, and up the risk factor of a game, which is essential to feeling suitably challenged when you play. There are very few people out there who would enjoy playing a game that they can master and predict the first time round, especially when you consider just how much a player will invest into being able to play digital games. 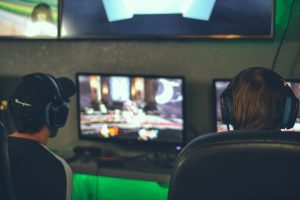 For some players within the competitive gaming communities, RNGs have become a bone of contention. eSports games like Hearthstone and DotA 2 utilise risk-based mechanics to increase the competitive element as a player progresses, requiring gamers to up their skillset to reach the next level. RNGs introduce randomness to any gaming scenario, but in these games, there’s always the possibility that a “lucky” beginner can beat a pro simply from the outcome of the RNG.

The United States will train Mexico to face the forensic crisis

€200,000 allocated to combat the Ebola outbreak in Uganda