Scientists in Japan are studying the origins of the 300-year-old ‘mermaid’ that contains the upper part of the human body and the lower part of the body of a fish.

The mummy kept in the temple was the object of worship. For centuries, it has been revered for its supposed medicinal properties; It is assumed that it grants immortality to those who eat its meat.

A monkey’s trunk sewn on a fish

As mentioned lifeThe haunting remains are likely a gruesome fusion of a monkey’s torso sewn onto a fish’s tail, possibly adorned with human hair and fingernails.

The mysterious 12-inch-long beast was reportedly captured in the Pacific Ocean between 1736 and 1741 off the coast of Shikoku, Japan, and is currently housed in a shrine in Asakuchi.

Hiroshi Kinoshita, a board member of the Okayama People’s Assembly, was the one who discovered the mummy of a mermaid inside a box.

According to a Japanese news site, Asahi ShimbunOn February 2, Kosen Koida, the chief priest of the Ingwen Temple in Asakoshi, removed the precious specimen from a box in the CT room of the university’s Veterinary Hospital, as shown in a video clip.

A “mermaid mummy” kept in a temple, which appears eerily human except for its lower half, which looks like a fish, was the object of worship.

Researchers from Okayama Kurashiki University of Science and Arts and other organizations will take DNA samples to determine which species were combined to form the mermaid. The team will announce its results at the end of the year.

Koida explained to Asahi Shimbun That the mummy was placed in a glass case for public display about 40 years ago, but is now kept in a fireproof safe to prevent damage.

Mermaids: The Legend of Immortality

“Japanese mermaids have a legend about immortality. It is said that if you eat mermaid meat, you will never die. There is a legend in many parts of Japan that a woman accidentally ate mermaid meat and lived 800 years.” Kinoshita emphasized.

“The legend of ‘Yao Baekuni’ is also preserved near the temple where the mermaid mummy was found. I have heard that some people, believing in the legend, used to eat the scales of mermaid mummies,” he added. 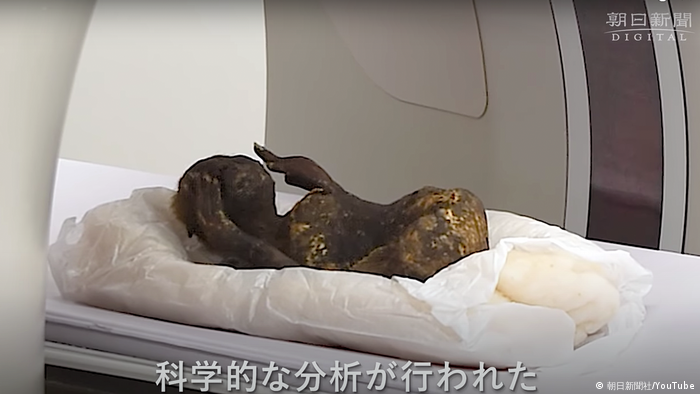 The mysterious 12-inch creature was captured in the Pacific Ocean, off the Japanese island of Shikoku, between 1736 and 1741.

Made to be exported to Europe?

Kinoshita believes the mummy preserved at Enjuin was created sometime in Japan’s Edo period, which spanned between 1603 and 1867, according to reports. NEWSWEEK.

Of course, he said, “I don’t think she’s a real mermaid.” “I think it was made for export to Europe during the Edo period, or for performances in Japan.” The legend of mermaids still exists in Europe, China and Japan all over the world.

Koida compared the mummy to a creature in Japanese folklore called amabi, believed to have the ability to ward off epidemics.

Koida said to Asahi Shimbun. “I hope the research project will leave records [científicos] For the next generations “.

Etna volcano: in Italy they captured a powerful eruption; There was lava and ash

Odebrecht in Panama: the sons of ex-President Riccardo Martinelli were convicted in the US for helping to bribe the construction company “to their father”