Let them outside or keep them indoors? This is a question asked by many of those who have cats in their homes or have cats in their homes. The response appears to be divided, generating mixed feelings on all sides. Now, science is once again trying to provide a definitive answer and is putting many arguments in the balance to give clearer guidance to those who find themselves in the midst of this dilemma.

a) yes, According to a new study Conducted at the University of Maryland in the United States of America, for cats, the outdoors is full of potential undesirable things, such as the risk of disease infection and spread, and the unbridled desire to hunt and kill wild animals, which has been shown to reduce native animal numbers and deteriorate biodiversity. So the verdict is clear: felines are best left at home.

According to the study, humans are primarily responsible for reducing these risks by keeping their cats indoors. Data from the DC Cat Count was used in the analysis of this study. The agency is circulating all over Washington, D.C. with 60 motion-activated cameras spread across 1,500 sampling points for this cat study.

Cameras have recorded what cats hunt and show how they interact with local wildlife, helping researchers understand why cats and other wildlife are present in some areas but absent in others. The work was published on November 21 In Frontiers Magazine Ecology and evolution. 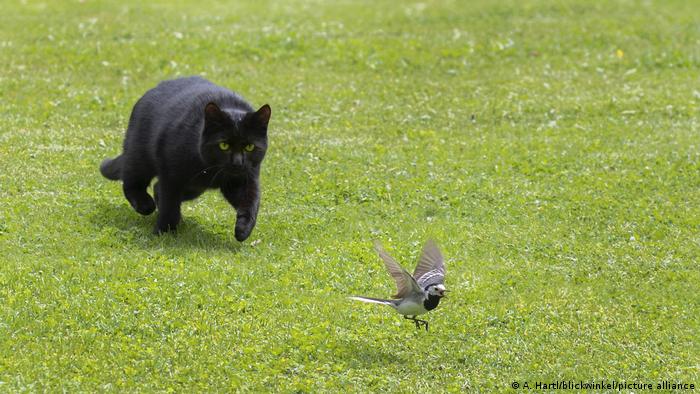 “Many people mistakenly believe that cats hunt non-natives like mice, when in fact they prefer to hunt small native species,” Herrera explains.

“We found that the average Washington, D.C. house cat has a 61% chance of being in the same space as raccoons,” says Daniel Herrera, lead author of the study and doctoral student in the Department of Environmental Science and Technology (ENST). University of Maryland, It’s a statement. They also have “61% spatial overlap with red foxes and 56% with Virginia opossums,” he added.

Endangering the health of cats

For example, Herrera explained, raccoons are “the most prevalent vector of rabies in the United States.” Red foxes and opossums can also spread rabies. In short, according to Herrera, “By letting cats out, we’re seriously putting their health at risk.”

On the other hand, many people mistakenly believe that cats prey on populations of non-native rodents, but Herrera explained that cats actually prefer to prey on small native species. Thus, there is little evidence that cats control non-native rodent populations; Instead, what is really worrisome is that they are wiping out indigenous people who are benefiting the ecosystem, in this case from Washington, D.C.

Human responsibility for the birth of cats

In short, Herrera asserts that cats are not just another “predator” that plays a necessary role in the ecosystem. Thus, the probability of finding a cat in a habitat is positively correlated with human population density, so we are the ones that move the little hunters, not the ones that inhabit some kind of natural place.

For this reason, and given humans’ desire to continue sharing their lives with these cats, Herrera encourages owners to keep them indoors to avoid potential encounters between their cats and local animals.

With CHKT Online, more than five million risk assessments have been performed