Skip to content
file image. A worker wearing a protective suit receives food from a delivery worker in a closed residential area during the lockdown, amid the coronavirus disease (COVID-19) outbreak, in Shanghai, China. May 25, 2022. REUTERS/Ali Song

Strict restrictions of local governments follow a policy China’s “zero COVID dynamic” to quickly eliminate all virus outbreaks at a time when most of the world is coexisting with the virus.

China said the restrictions should be targeted as much as possible to minimize damage to the world’s second-largest economy, after major turmoil this year choked global supply chains and hit international trade.

Detection of a local infection with BA.5.2.1 increases The risk of quickly limiting the outbreak to a small scale to avoid further destructive steps similar to the April-May shutdowns that hit the economy and global markets.

5 strain, which is spreading rapidly in many other countries, has been discovered in cities such as Xian in Shaanxi Province and Dalian in Liaoning Province, hundreds of kilometers away on both sides of Beijing.

It was first found in China on May 13 in a patient who had traveled to Shanghai from Uganda, the Chinese Center for Disease Control and Prevention said, and there were no local infections linked to the case that month.

chinese currency, The yuan fell against the dollar, as stocks weakened.

Data from China, including trade figures for June on Wednesday, retail sales last month, industrial production and GDP figures for April-June on Friday, are likely to confirm that The economy slowed sharply in the second quarter amid coronavirus lockdowns in Shanghai and elsewhere. 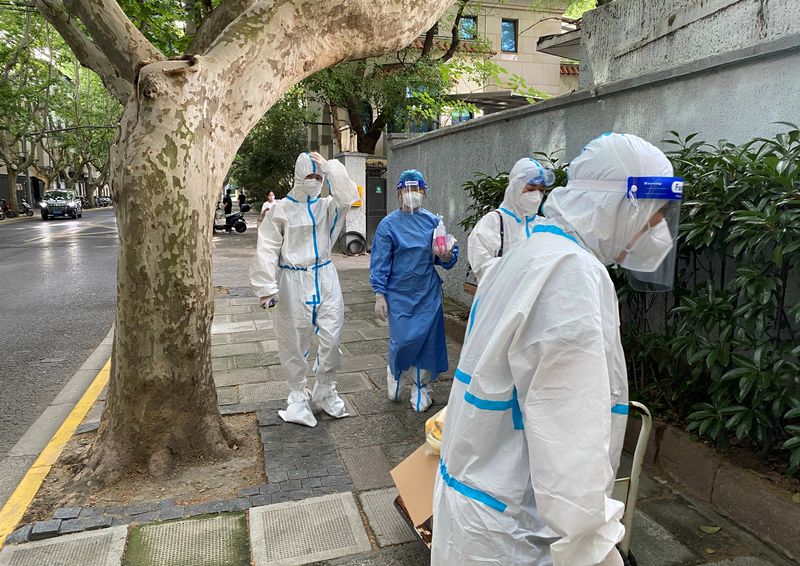 FILE PHOTOS – Workers in protective suits walk down a street after the outbreak of the coronavirus disease (COVID-19) in Shanghai, China. June 9, 2022. (Reuters) / Andrew Galbraith

Shanghai, the most populous city with a population of 25 million Residents of several areas have been asked to be tested twice in another round of group testing from Tuesday to Thursday, similar to the one that occurred last week.

Its residents already test every few days to ensure access to various places and public transportation. Authorities and some investors hope these relentless testing will detect infections soon enough to bring them under control. The first controls reduced the risks of a prolonged shutdown of a large city, UBS Global Wealth Management said.

“We expect coronavirus restrictions, primarily in the form of ongoing mini-closures for the rest of the year, which will be less disruptive to production or supply chains, along with the gradual implementation of more supportive policies,” she said in a note.

Daily numbers of locally transmitted infections in Shanghai have risen to several dozen since July 5, up from single digits earlier this month, but still small by global standards. Most of his recent cases were among those already in quarantine.

In the central province of Henan, there is the city of Chenyang It has been almost completely closed to its 700,000 residents since Sunday, with one person per household allowed to travel every two days to buy food. 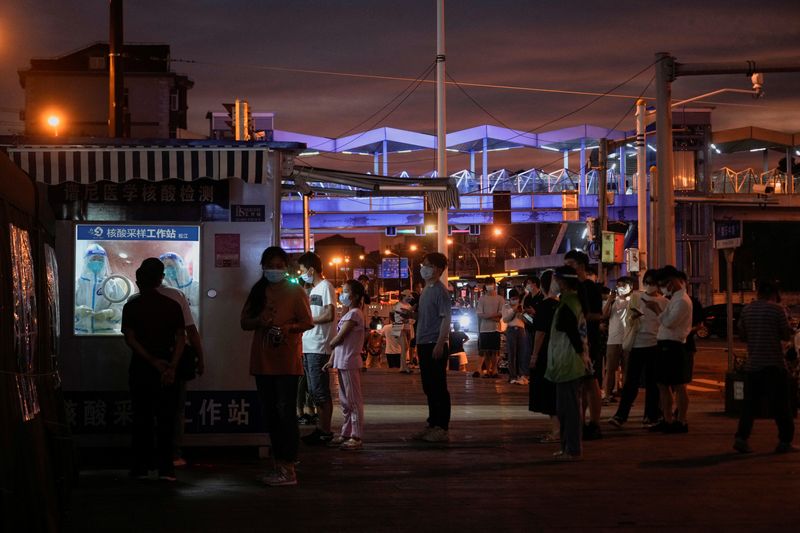 People line up to be tested for coronavirus disease (COVID-19) at a DNA testing center in Shanghai, China. July 7, 2022. REUTERS/Ali Song

The authorities in Wugang, another city in Henan, told them 290,000 residents will not leave home in the next three days, except for COVID testing.

Four major counties in the northwestern city of Lanzhou in Gansu Province and the southern cities of Danzhou and Haikou in Hainan Province are under temporary restrictions for several days, with a total of 6 million people affected.

The city of Nanchang in southern Jiangxi Province, with a population of 6.3 million, closed some entertainment venues on Saturday, although the duration of the restrictions was not specified.

In the northwestern province of Qinghai, the city of Xining launched a mass testing campaign on Monday after one person tested positive on Sunday.

Mass testing also began on Monday in several key areas in the southern city of Guangzhou.

With information from Reuters

Russia cut gas supplies to Europe for 10 days due to maintenance of the Nord Stream gas pipeline
Moscow will have to choose between butter and weapons
More than 1,400 arrests, 488 convictions, 700 people still in prison: one year after the massive 11J protests in Cuba