Skip to content
Two women were beaten in a shopping center in Cali. Photo: video capture.

In a video posted on social media, the moment two women were beaten at the ‘La Fortuna’ shopping center in Cali, due to an alleged infidelity case.

According to transcripts posted on social platforms, strong fighting could have arisen after the women, who would be the wife and lover of an unfaithful man, gathered in the commercial center of the capital, Valle del Cauca.

The spectators indicated that the supposed lover who would go shopping with the infidel in this popular trade would have met and met the wife. After throwing insults at each other, they decide to take the blows.

A fight between two women at La Fortuna 😳 shopping mall

According to eyewitnesses, the quarrel started because a man went to the mall with what could be his “girlfriend” to fix his cell phone and met his wife. 🤦‍♂️#the shopping pic.twitter.com/6LFIiUJde0

In this battle, which took place in one of the “La Fortuna” lanes, some merchants and buyers tried to separate the women who clutched their hair and threw their fists, while others fueled discord among the women.

The song “Dele, dele” is heard in the narrow lane as onlookers showed heavy fighting while others tried to calm them down. 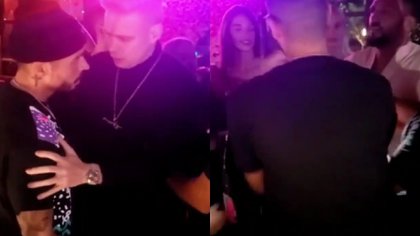 An act of intolerance in which a group of waitresses beat, pulled hair, and even threw chairs at a client who might have been a client, has spread widely on the morning of February 7 in the country, as two videos are circulating on social media. .

The identity of those involved is not known, but what is known is that the altercation took place in the bar area of ​​the Palmetto Plaza shopping center, in Cali (Valle del Cauca), last Saturday.

In one audio-visual recording, a waitress in a pink T-shirt is first observed struggling with another woman, presumably the customer. It is also the moment when, despite some citizens’ insistence to avoid fighting, their co-workers join the fight.

Some people from afar have thrown black chairs out of the foundation, while some men try to stop them. In addition, in the recording, an employee was heard shouting: “Go to this pe% $ # Hij &% $, what does Liliana say, ie Liliana here?”

When you’re as wealthy as Elon Musk, you can indulge in some luxuries, like using the Starship’s heat shield as a snack plate.

What is monkeypox and why does the WHO care?