President United StateJoe Biden announced, Monday, that he will fly to Kentucky on Wednesday to tour the scene of the tragedy and meet with relatives of the victims of the series of strong tornadoes that left nearly 80 people dead in several states in the country.

Look: Tragedy in the United States: At least 94 killed by the worst hurricane in Kentucky history

“What they need when they need it,” the president said of the federal support available to affected areas during a meeting at the White House attended by Homeland Security Secretary Alejandro Mallorcas and Dean Cresswell, the agency’s director. Federal Emergency Management (FEMA).

Biden said he worries most about the “mental health” of survivors and the “uncertainty” of those still searching for the missing.

State Governor Andy Bashir said on Monday that at least 64 people died in Kentucky (USA) due to the impact of four tornadoes Friday night, and predicted that this number “is likely to rise.”

The tornadoes that made landfall in Kentucky on Friday were part of a devastating storm that affected 6 states and caused more than 30 tornadoes that killed at least 78 people in the south and midwest.

In addition to Kentucky, the worst-affected state, 6 people died when a warehouse of the e-commerce giant Amazon in Illinois partially collapsed, while two deaths were recorded in Arkansas; 4 more in Tennessee and 2 more in Missouri. 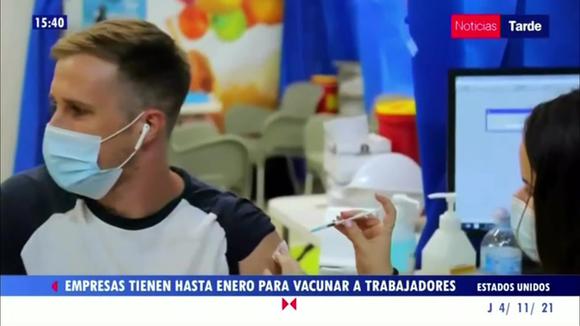 One of the actions the administration of President Joe Biden has taken to stem the progress of Covid-19 in the United States is that as of January 4, 2022, all private companies with more than 100 employees must be vaccinated. Otherwise, workers will have to use strict biosecurity measures and companies will be subject to inspections if they don’t want to pay a $14,000 fine. (Source: Peru TV)