Thanks for this mini versionwhich also serves as an asset-cut option, any user can test the capabilities of DALL-E, in content that may not be as realistic as content produced by more powerful alternatives, but is capable of generating images Absolutely accurate from the parameters entered.

What is DALL-E mini and how does it work?

DALL-E mini is an open source generator developed by programmer Boris Dayma, who developed the application as part of Google and Hugging Face Contest In July 2021.

Its goal is to be able to create images in a similar way to Google’s DALLE method, but Using less hardware resourcesAs well as secondary infrastructure.

When you type what you want to see, AI analyzes the words, performs a quick search online and Identifies associated images and key features to then generate a nine-part composition taking its results as a reference, trying to make it “look” as realistic as possible, which is not always successful, Mainly on faces and animals. 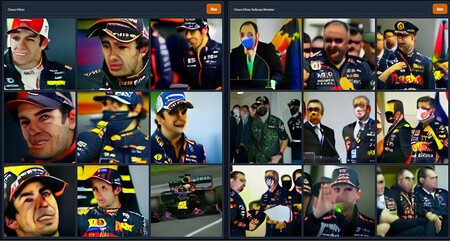 However, it is important to know that Intelligence gathers information without making filters beforeso the compositions you’re viewing can include Kind of stereotype Or images that do not represent the position of their creator.

For now, she always reports that mini DALL-E is still training, though Your results are getting better whenever it is used. This means that it sometimes produces content that looks strange or even annoying, but that will be corrected little by little. 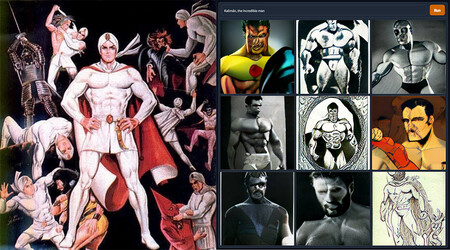 We ran the test using the character “Kalimán” (left) from a radio and comedy show in Mexico and this result (right), is slightly off the ref.

So you can use DALL-E mini

In order to use it, we must Enter the page Where is the demo for everyone in this linkwhere we will have to place a text box, right before an empty window.

This section is where we’ll do it Write in English What we want artificial intelligence to generate for us. by word count that we enter, the program will have more parameters so that it can cast accurate content. 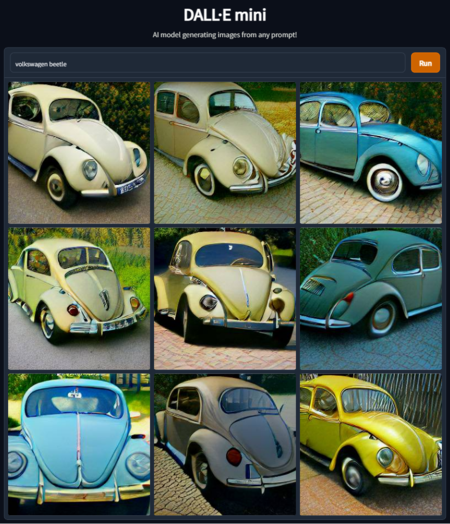 Once we have the conditions, all we have to do is click the Run button to start the process, which can take a few minutes and can sometimes throw a legend that the system is saturatedbut we just have to keep trying until it starts successfully.

After two minutes the result will be displayed, a composition of nine images, As in the results Which we include in this post, where we will see that there are situations where AI is very close and others where it fails completely in what it can generate.