British singer Adele He revolutionized social media on Sunday minutes after he posted that he will be on the popular American show Saturday Night LiveWhich for many marks his return to the music scene.

The “Hello” singer will debut as a presenter on Saturday Night Live! On the Saturday episode of the show on October 24th, with HER as a musical guest.

On her Instagram account, Adele wrote that she is excited and panicked that it will be her first live concert on the show since 1970 and has become the stage for the music greats.

“Damn, I’m so excited about this !! Also so terrified! My debut as a host and SNL! I’ve always wanted to make it an independent moment, so I can roll up my arms and jump completely, but it never was the right time. But if there was time.” For any of us to jump upside down with our eyes closed and hope for the best, it’s 2020, right? 2, he wrote in his post. 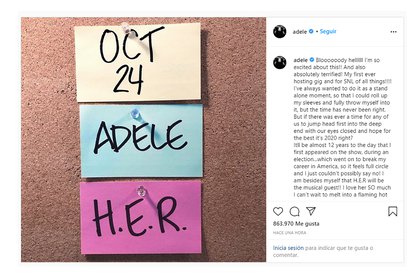 “Nearly 12 years have passed since the day I debuted on the show, during the elections … that shattered my career in America, so I feel like a full circle and I couldn’t say no! I’m with her who will be the musical guest !! See you week Next. “

The artist’s appearance could mean her musical comeback with an album that could be released on the occasion of Halloween. It must be remembered that Adele’s last album was released five years ago, in 2015, under the name “25”.

At the start of the year in a video clip, at a wedding she attended as a guest, she revealed to the guests that she was already working on it. According to his representative, the album has been postponed. The same Adele I’ll admit when responding to a fan’s question on Instagram, that I still don’t know when the new material will be released. 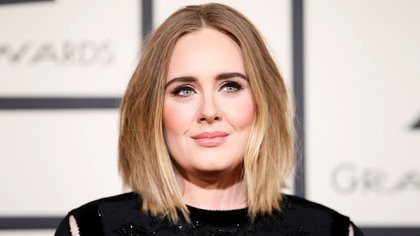 There are very few pictures that Adele shares on social networks with her followers. Namely, the singer is living a more discreet life since she rose to fame due to her talented voice. For them, his TV appearance is a success for his fans.

Adele, in addition to showing her humorous side, will also show her extreme physical alteration in front of the cameras.

The artist appeared at the beginning of the year with an unrecognizable figure. The first photo he shared was on May 5, when he turned 32, and at a celebration he posted a photo that shocked everyone with his new personality, which quickly went viral. Adele, who has been away from the stage since 2017, lost more than 40 kilograms. 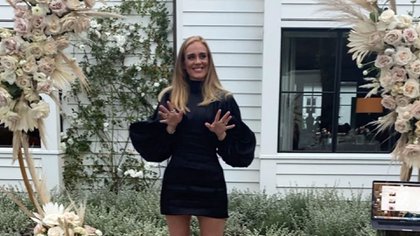 Adele wore a short black dress that highlighted her renewed look, after losing around 45 kilograms

The star will also live a very good sentimental gift. It was rumored for some time that he was in a relationship with Skepta, one of the biggest stars in the British rap scene, with his career spanning 15 years.