Starting from Cry and Clywood Forever

CutreCon XI has taken off. It has done so by opening a new headquarters, one of its four this year. The Faculty of Information Sciences of the Complutense University of Madrid took the free morning session in which we watched films produced with all the enthusiasm in the world but the bill for quality is low.

The inaugural CutreCon XI press conference was attended by one of this year’s guest, Alan Hoffmans, the international representative of Wakaliwood. Although we should really call it by its Ugandan name, it is absolutely impossible for us to remember and even pronounce it. In Uganda, he is known by the name his mother gave him, but he also has second names such as waka (goat house, hence WAKaliwood) or labtop for being the only one with a laptop in the entire suburb. He told us he “worked with him for 11 years Isaac Nabwana In Uganda, I represent them all over the world and now with COVID it is not easy.” Regarding his viral phenomenon, he told us “They didn’t even want to make films for export, not even for the country because they have different languages, it was for fun. Even the 90-second movie Who Killed Captain Alex was leaked and widely spread. I saw it, and I ended up selling everything and going there.” “It’s a cinema that makes me feel like a kid again,” Hoffmanis said.

If you’ve ever been to CutreCon, you probably know what Wakaliwood is made of, but at CutreCon XI we’ve discovered what Spain means to the humble citizens making films from Africa. “Spain is very important because it was the first place that was translated and shown, and from there the rest of the countries, and most recently, the Americans.” “I was the director of a festival where del Toro or Scorsese was invited. To me Isaac is on that level. He doesn’t watch tutorials, he learns as he goes and creates recycled paraphernalia to film him. As a phrase from Eminem I used to say, you don’t have to look up, you have to You look down and see what you have at hand.”

Although we can see Funny video of Nabwana receiving the Jess Franco Award in UgandaAlain Hoffmanis received the award given to him by the festival from my hand Henry Lavigne. We know nothing, said the producer, “these countries are going to eat live and I’m happy about that.” And then we were able to get in direct contact with the director. In the following videos you can see this contact and Q&A with Hofmanis after the performances.

Between the event or presentation, CutreCon XI presented the book edited by Applehead team. A book that collects stickers and moments from the past ten editions. A compilation that acts as a funny movie guide, perfect collection for suggestions to watch with friends. It also has photos that Moviementarios have published in articles we’ve published as diaries year after year.

Furthermore, to end the first day of Cutrecon XI, we were able to go to Cineteca del Matadero in Madrid to see what the opening session was with “New York Ninja”. A pass was marked “No tickets”, as is customary in this event attended by new and surprising viewers as well as a group of ordinary parishioners who, with the usual gags and repeated jokes, revived such a disastrous movie.

Comments on everything seen below and photos of the day at the end of the article. 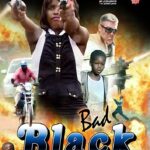 Wakaliwood is an ongoing and guaranteed success at CutreCon. “Bad Black” has already been in the festival, in various ways because it has a post-credits scene and gags that reference the festival itself. It’s a Wakaliwood-branded movie, with all that that entails, but with a heavily worked-in script and plot.

The humor, action and crazy rhythm of the Nabwana IGG films are back to surprise Complutense University students who have certainly noticed what needs to be done to be passionate about the profession and what there is nothing to do to achieve the desired quality.

As an incentive for Wakaliwood fans, apart from the usual laughter… In this movie it is revealed who killed Captain Alex.

Once Upon a Time in Uganda 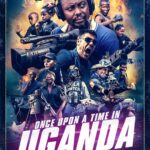 If the name Wakaliwood sounds strange to you because of the movie we mentioned before, you can watch this documentary or read this article we wrote to explain what this African phenomenon is. this movie Catherine Zubek And the Hugo Perez He delves into filmmaker Nabwana IGG’s collection to tell us how Uganda came from a small neighborhood to the whole world. From a place with electricity days and days outside, these citizens were able to show that with a little you can make films, whatever the quality, but always with great enthusiasm. 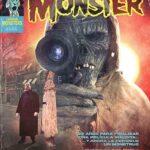 Victor Matilano’s film is also a split like the one discussed above. While Matilano made a great documentary, with good rhythm, humour, information and script, the film or phenomenon he’s talking about is a complete cinematic disaster, commercially speaking. Filled with references to Spanish horror (or fantasy horror), this documentary tells how The Resurrected took more than 20 years to see the light of day. It is no surprise to hear testimonies of such chaotic photography.

But even if the movie turns out poorly, my beloved monster confirms that after failure there is hope and what might be a complete failure for its author may be a success. Raise your hand whoever whoever manages to bring together several (now famous) actors and shoot the movie they have in mind… Well, that’s it. If you want a more complete text, you have an extended review here. 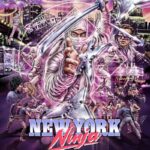 To end the day we went to Cineteca de Madrid in Matadero with the ‘New York Ninja’. Directed, written and starring by John Liu. Ironically, the director was accused of white slavery, and in the movie “Ninja New York” this is what he denounces.

We’re on our way to New York, where a young couple discovers they’re going to be parents. The woman sees something she has nothing to do with and ends up being murdered. Her boyfriend decides to stand on the city streets in a ninja costume with skateboarding boots and put an end to crime and avoid white slavery.

It gave us plenty of room to play, thanks to the exaggerated performance of John Liu who could be Tommy Wisow’s mentor. With a room completely full, laughter and screaming were the main protagonists in an hour and a half movie.

Out of curiosity, due to lack of money, this 1984 film was not edited, but thanks to distributor Vinegar Syndrome, it was released in 2021, when the footage was discovered and recovered by them.