Barcelona and Juventus tied 2-2 at the Cotton Bowl in Dallas, Texas, in a friendly before the start of the 2022-23 season. Those led by Xavi Hernandez took the lead thanks to Dembele in the 33rd minute, but Moise Kean equalized in the 38th minute. However, the “mosquitoes” appeared again before the break to put Xavineta ahead.

In the second half, the old lady managed to equalize quickly in the 51st minute thanks to Kane. After this goal, the scoreboard no longer moved despite the fact that both teams had positions facing the goal.

Barcelona vs. Juventus: Take back the goals

Moise Kean reappeared to score the equalizer for the old lady.

Moise Kean took advantage of a cross from Juan Cuadrado to set the first goal and set the equaliser.

Ousmane Dembele scored a goal after finishing with his right leg.

Those led by Xavi Hernández move the ball from the center of the field and score a dangerous free kick.

Moise Kean reappears to put equality on the scoreboard.

Rafinha fired a powerful left-footed shot that the Juventus goalkeeper managed to send in a corner kick.

The second half started

Culés, white and black face each other in a friendly match.

The end of the first half

Barcelona defeats Juventus 2-1 at the Cotton Bowl in Dallas, Texas.

Casey was in front of goal and finished, but the goalkeeper managed to step in and send the ball into the corner.

Dembele scored a wonderful goal after the expulsion of the Juventus players.

Moise Kean was initially identified after a cross from Juan Cuadrado.

Ousmane Dembele scored the first goal of the match after a powerful shot from the right.

31st minute: A change in Barcelona

28th minute: A great show by Di Maria almost ended with a goal

The Argentine started from the left to hit a cross with three fingers to Moise Kean, but the Italian striker was unable to shoot it through the intervention of Andreas Christensen.

22nd minute: They don’t hurt each other!

Barcelona and Juventus have rough goal estimates, but they fail to quantify their chances.

Minute 10: Barza is close to the first!

Pierre Aubameyang received the ball from the left flank and immediately finished the goal; However, the ball went away. Xavineta warned.

The Argentine midfielder created a danger in the Barcelona area, but Ter Stegen managed to stop his intentions.

The pole managed to receive a ball from Busquets and finished it, but the ball passed over the goal.

Minute 2: A great play by Dembélé

“Mosquito” received a good ball from the right, pulled a defender from the old lady and finished the goal to surprise Chesney.

The match has begun!

Barcelona and Juventus are already playing in an international friendly match in 2022.

Who are the substitutes in Barcelona? 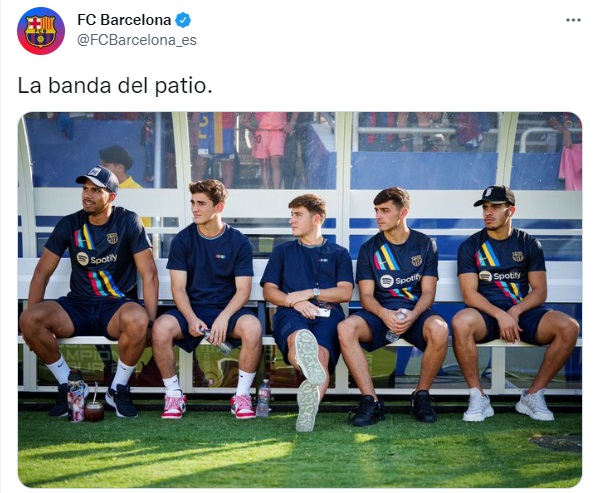 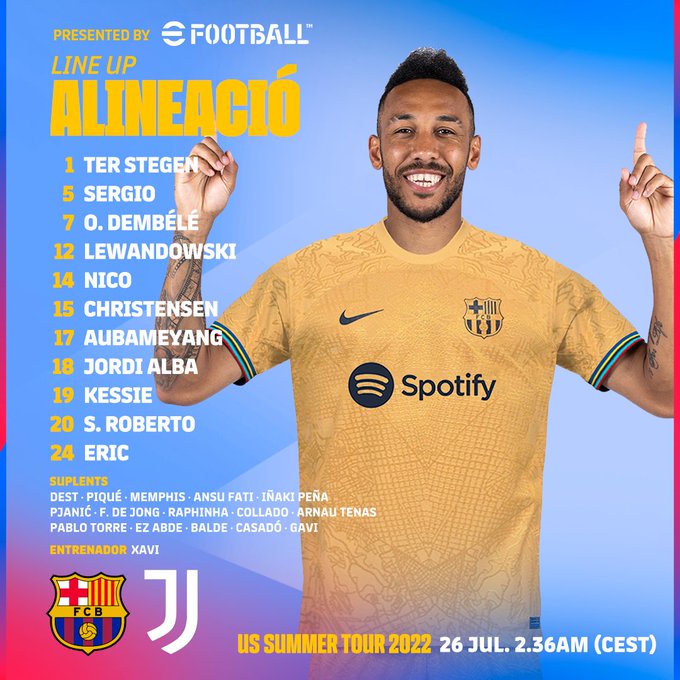 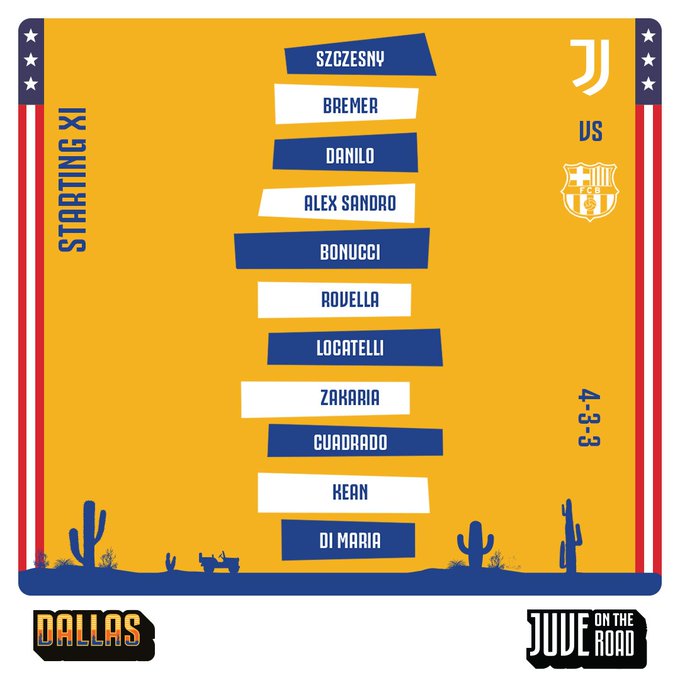 Barcelona vs. Juventus The faces will appear in a friendly duel that will be held in the United States. This commitment belongs to the pre-season run by the LaLiga and Serie A teams.

Before the start of the official competitions, both European teams were testing new players and plans to start their own domestic leagues.

The Catalans came to this confrontation after beating Real Madrid 1-0 with a goal from Rafinha. Meanwhile, Juventus come from beating Chivas de Guadalajara 2-0.

you can see: ➤ Where to watch the Barcelona match. Juventus live broadcast of the friendly match 2022?

What time does barcelona play against. Juventus?

Where to see LIVE Barcelona vs. Juventus?

to see He lives Barcelona vs. Juventus must set a signal DirecTV Sports.

How to watch DirecTV Sports LIVE?

How to watch the Barcelona match. Juventus free online?

So don’t miss a file transfer process Barcelona vs. Juventus Online you can tune in to DirecTV GO, a streaming service where you can access all the programming of sporting events. In the event that you are unable to enter it, you have the option to continue online coverage of this obligation via Sports Republic.