Super Action Saturday at the US Open. The theme was that all the movies we saw were horror. Sun and fresh wind were the deadly combination for the 64 player who suffered a cut at The Country Club during the third round of the US Open. Only 7 players managed to beat the field and the best of them was 67 hits, 3 under par Will Zlatoris is one of the new leaders of the tournament.

The history of the US Open is always very similar. Some of those playing early Saturday are coming off with a big run, while the leaders are finding it hard to handle the pressure. The difference on Saturday was that it didn’t take long to climb the board. The best example of this is done by Colombian Sebastian Muñoz, who has passed the bottom line enough, who climbed more than 40 places with 69 shots, and is now 17th, finishing sixth in the standings.. Those above complied with the hypothesis and Morikawa (77) and Dahmin (74) never felt comfortable.

The new leaders are not there by chance. While neither of them won the round, Zalatoris and Fitzpatrick came close to doing so a month ago at the PGA Championship. The Englishman played in the final set in Southern Hills, and himself said his play was poor on Sunday, while Xalatores ended up losing the championship in a playoff. For Fitzpatrick, this is familiar territory 9 years ago, here he won the American Amateur Award. To keep the gangs going, this week he’ll be staying in the same family home that hosted him in 2013. His game adapts well to the conditions presented by the USA Federation in his tournaments and I would say he is ready to win. On the part of Zalatoris, it is known that there are not many like him from the tee to the green, and it was the game on the green lawn that prevented him from achieving that first victory. If one goes to look at the stats for the week, Fitzpatrick has been far more successful with his shots on the tee and recovery shots around the green, but it is Zalatoris who has benefited from his second shots and over the green. . 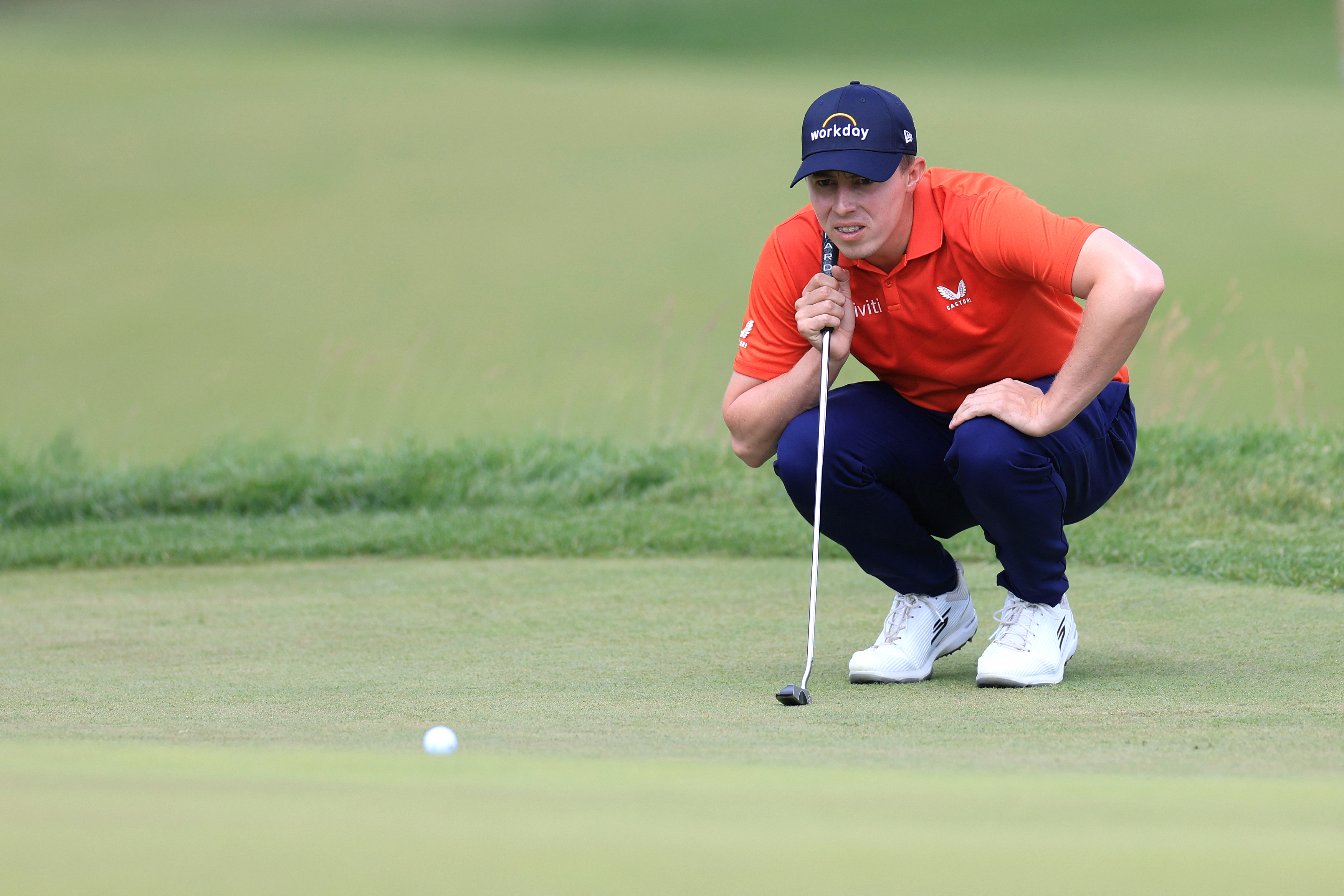 This is why there are times when the week’s stats don’t always reflect what has been happening all season. This Sunday, the pressure will still be much higher than it was on Saturday simply because there will be no tomorrow. Not many have their first US Open win on the tour, and the two final group champions will try to write their names into history.

In front of them will start a match between John Ram and Keegan Bradley. The Spaniard was the captain who had a loophole to play, but left with a double bogey in the final chapter. Saturday’s defending champion did much better than the first two days and was very successful with the racket. He will be a strong contender for everyone. Bradley is a local and all New Englanders would cheer him up. Born very close to here, Bradley is a fan of all the Boston teams and was invited on Wednesday to throw the first pitch at the Red Sox.. A PGA Championship winner in 2011, Bradley struggled with his playing green a few seasons ago, but little by little he regained his confidence. I think if they offered him to win tomorrow and not play again, he would enthusiastically accept it. 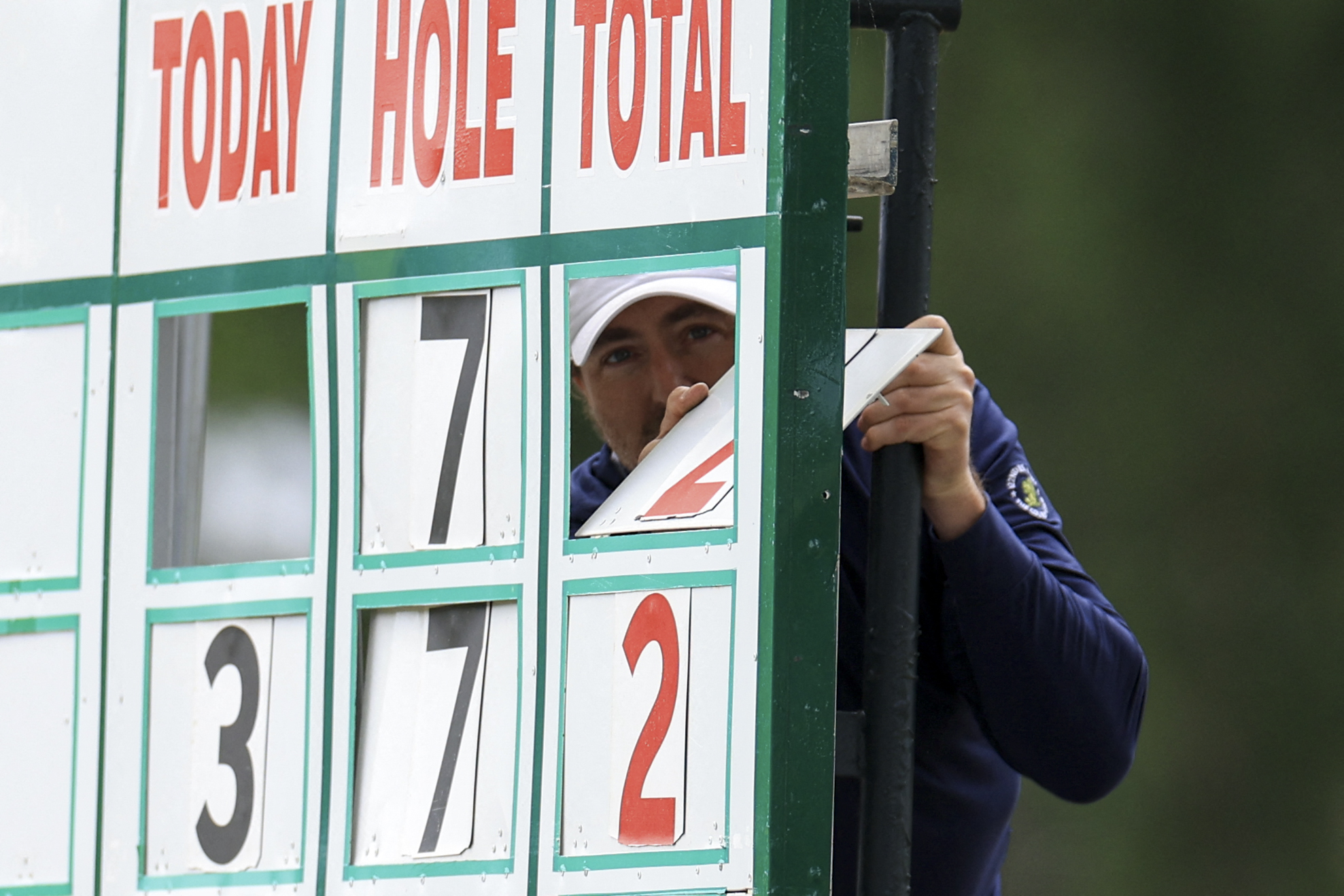 A volunteer changes numbers on the scoreboard yesterday afternoon

Later it will be N1 in the world that Saturday seemed at first that everything was ahead. Scotty Scheffler hid from 102 yards for the Eagle in the eighth and was 2 ahead at the time, but suddenly the lights went out. Double bogey followed in 11 bogeys on 12th, 13th and 14th making him lose 5 hits in 4 holes. In the end, stash two good hits to be two and keep hoping. The one who got really bad was the nominees Rory McIlroy. The Irishman has saved 73 miracles that keep him in the championship, but he will have to find his swing again if he wants to win his fifth major. He will be played by Sam Burns, who on Saturday alternated between good and evil to sign the 71. Canadian Adam Hadwin, the first-round captain, completed the final four sets and the winner has to come from one of those eight names.

Everything is ready for the outcome at The Country Club, on a Sunday expected to be a very similar day to the third. Peers will continue to be the participants’ best friends and patience will remain key. In the three American championships held here, additional slots were needed to determine the championship, and in two of them it was an American who beat the British players. It wouldn’t be unusual for history to repeat itself.