South Korean Defense Minister Suh Wook hinted on Sunday that the country could enhance its military cooperation with its rival Japan, with the aim of strengthening and improving regional security.Especially in the face of threats posed by North Korea.

In this sense, Suh confirmed during an interview with Bloomberg Television Seoul considers Tokyo one of its main security partners, so it wants to continue to strengthen this cooperation under the auspices of the United States.

These statements come after the recent Asian tour by the US Secretary of State, Anthony Blinken, and the Secretary of Defense, Lloyd Austin.This was his first trip abroad since the formation of the new administration of President Joe Biden.

According to Suh, “The protection of the Korean Peninsula is focused on the alliance between South Korea and the United States,” but they consider that “the security cooperation between (South) Korea and Japan is also a valuable asset, so we must preserve it.”

Relations between the two Asian countries – the two territories that host the majority of US forces on the continent – have been strained during the Donald Trump administration., Which sparked a trade dispute, among other tensions. 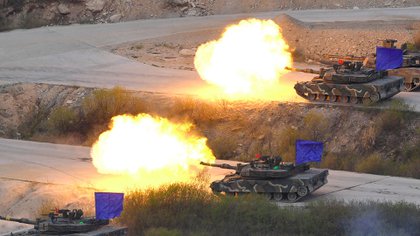 Nevertheless, despite the South Korean minister’s assertion that “it is true that there is an issue of issues related to history,” Seoul believes that relations between South Korea and Japan are “necessary in terms of cooperation in defense affairs.”

For this, “We will continue to have military talks and continue cooperation in the future“.

On the other side, US Defense Secretary Lloyd Austin confirmed Wednesday at the start of the meeting with his South Korean counterpart, Suh Wook, That the alliance between the two countries has become “more important than ever” given the situation that North Korea represents.

The chief of the Pentagon insisted at the start of the meeting that the alliance between the two countries was more important than ever because he was They face “unprecedented challenges” from North Korea as well as from China. 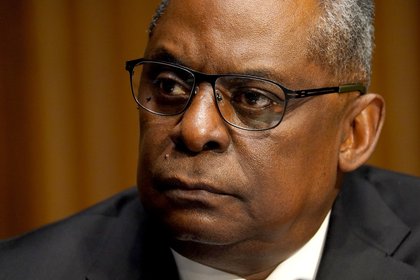 “Our commitment to the United States-Republic of Korea alliance (the official name of South Korea) remains protected,” added Austin, who became the first official in the administration of US President Joe Biden to visit South Korea. Until Friday before departure to India.

The Biden government has yet to announce its strategy for dealing with PyongyangWhich announced in January that it would test new weapons if Washington did not find a new formula to return to the dialogue table and negotiate a peace and disarmament process.

The Austin and Blinken trip also coincides with a letter issued Tuesday by Kim Yoo Jong, sister of North Korean leader Kim Jong Un, in which he condemned the joint maneuvers by Seoul and Washington and hinted at a recall of the aforementioned weapons tests.

With information from Europa Press

The United States punished 24 Chinese regime officials for undermining Hong Kong’s autonomy
The United States has warned that North Korea could test an improved ICBM design “in the near future.”
The US Senate has confirmed for the first time that an Aboriginal woman is a cabinet minister