Government Uganda I decided to bring the end of the school year this Friday to prevent infection Ebola. This is how schools are closed throughout the African country due to the outbreak of an unusual strain. The Ministry of Health confirms that it is observing a declining trend in new cases.

The decision comes next Eight children died due to the effects Ebola. The school closure measure had been anticipated by the executive authority at the beginning of November, given the spread of the disease. The Ugandan government details that there is no vaccine for the current strain of the virus.

The Minister of Health, Jane Roth, confirmed that she had recorded a decrease in the number of cases in the capital, Kampala, and the cities of Mubindi and Kasanda. The foreign minister said soWe ask the population to remain vigilant and to cooperate With health teams if we want to win this fight.”

Ruth added, “There is evidence of that Uganda He wins it.” The authorities summed it up There have been 55 deaths and 141 cases of Ebola, so quarantines were imposed in Mubindi and Kasanda. the Who is the in a Uganda He explained that as of November 22, there were no new cases in Kampala for the ninth day.

Deutsche Welle It was determined that the WHO office had not identified new infections in Mubindi for ten days and in Kasanda for twelve days. The outbreak was declared in Mubindi on 20 September and has spread across the country. The World Health Organization considers an outbreak to end after no cases have been recorded for 42 days. 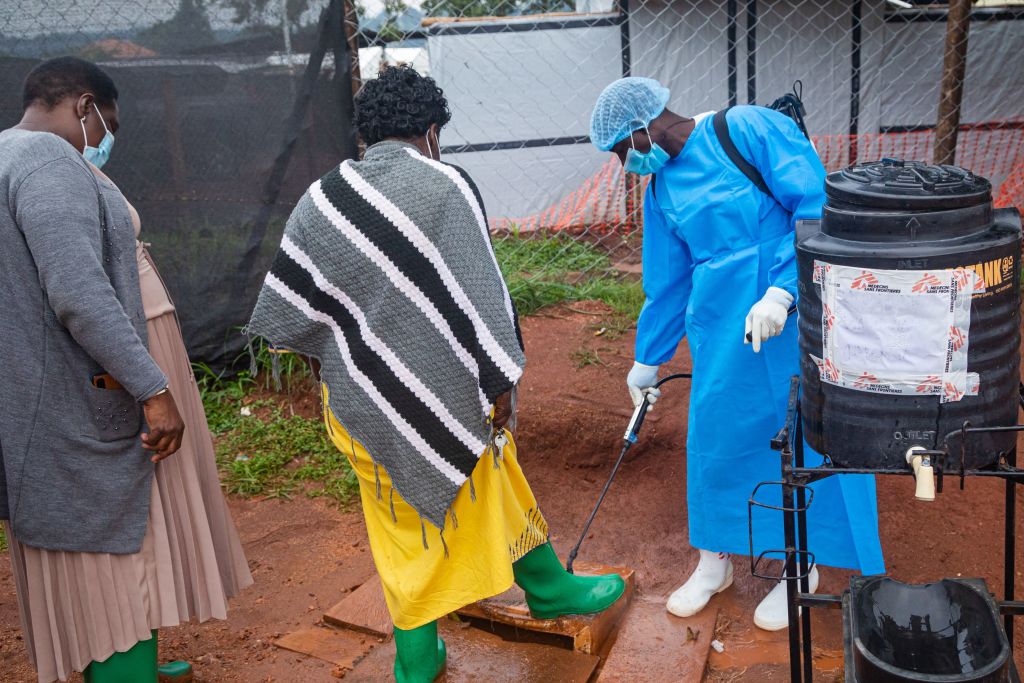 People are being disinfected in Mubindi, Uganda