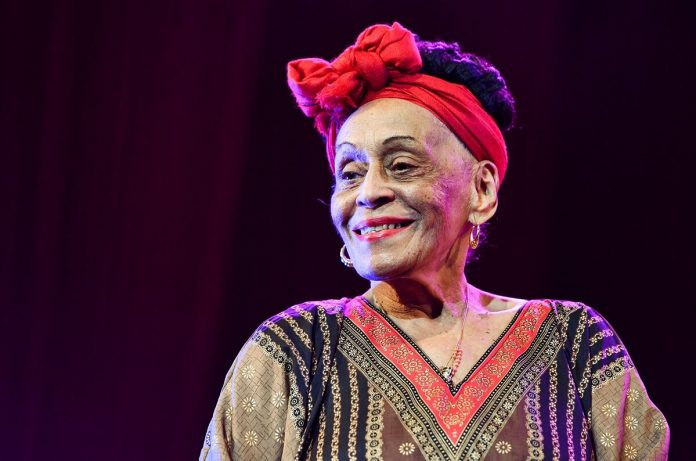 A documentary about legendary Cuban singer Omara Portondo will be shown around the world during the New York Documentary Festival, which will be held from November 10-28.

BuildingDirected by Hugo Perez, a Cuban-born filmmaker based in New York, is a portrait of one of Cuba’s biggest stars and will be presented November 13 at the 12th DOC NYC Film Festival, according to a statement from the cinema. Tropical, a non-profit organization dedicated to bringing Latin cinema in the United States.

The release of the feature film coincides with the 25th anniversary of the iconic album’s recording Buena Vista Social ClubIn which he participated alongside the glories of old Cuban music.

The documentary is produced by Dana Kuznetzkopf And Frida Torresblanco, offers unprecedented access to the legendary “girlfriend of feelings”, often described as the “Billie Holiday of Cuba”, to tell for the first time on the big screen the story of her successful career, spanning more than seven decades.

At the age of ninety, the Cuban singer has been a driving force behind Afro-Cuban music for more than half a century.

“In the face of racism, misogyny, revolution and political disagreements, Amara has used her music to connect with fans around the world in profound, sometimes unexpected ways, pushing boundaries while celebrating the spirit of her beloved Cuba,” she points out. notice.

In 2019, Portondo received a Latin Grammy for Lifetime Achievement for her contributions to Latin America and world music.

to record BuildingThe director followed the singer through Mexico City, Tokyo, New York and Havana and interviewed world-renowned musicians such as Diego El Segala, Roberto Fonseca and Arturo O’Farrell, as a platform to tell her life story.

Audiences will know the circumstances of his birth into the bosom of a biracial family, made up of a Spanish aristocratic mother and a father who was a baseball player (Bartolo Portondo), as well as his path to becoming a dancer at 17 years old. The world famous Tropicana nightclub.

In her mid-twenties, she was one of Cuba’s most popular young stars as part of the women’s singing group Cuarteto d’Aida, on constant tours, and as the opening act for Nat King Cole.

Portuondo was already an icon before he was “rediscovered” by musician Ry Cooder, the film’s alma mater. Buena Vista Social Club.

Perez will also present a second film at the festival, the documentary also in its world premiere. Once upon a time in Uganda, jointly with Katherine Zubek, the brickmaker became a Ugandan celebrity when he tried his hand at directing action films.

Independent journalism needs to support its readers to keep going and make sure that uncomfortable news they don’t want you to read stays at your fingertips. Today, with your support, we will continue to work hard for censorship-free journalism!

Partner: Mike Myers wants to make a movie of the saga every year