It was recently announced that there was an intimate conversation on this special between actor Daniel Radcliffe and Chris Columbus, the American director who shot the first films of the hit saga.

In this talk, the memorable Harry Potter fulfills the role of the interlocutor and Columbus ends up acknowledging his little-known experiences about his role in leading the early parts of the saga.

According to Chris Columbus, who also directed “Harry Potter and the Chamber of Secrets,” the most difficult scene filmed in the first Harry Potter movie was nothing more than an introduction to Quidditch.

“The audience had to understand the rules right away. So (JK Rowling) he put together a rule book for us, the Quidditch rule book, that explains every detail of the game.” Columbus said.

“Then Stuart Craig, our production designer, designed the appearance of Quidditch Stadium and created a truly original and realistic rendering of a game that is completely unrealistic.”he added.

The directors of the rest of the films in the Harry Potter saga had their own challenges in bringing some elements of J.K. Rowling’s books to cinema. Remarkably, Columbus identifies Quidditch as the hardest thing to do in “Harry Potter and the Philosopher’s Stone.”

“Harry Potter”: This was the first and last day of shooting the famous movie saga 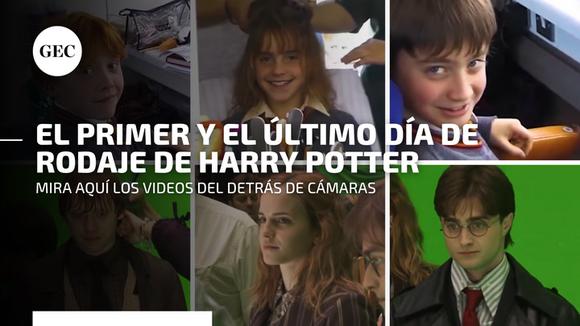 Harry Potter is one of the epics loved by young and old. While books were once a worldwide phenomenon, his films made it possible for the young wizard’s world to come alive. It took just over 10 years to shoot the eight movies, and here we bring you behind the scenes the first and last day of filming this iconic saga.