Everyone loves a little flutter on the long noses, whether they are bounding over fences in races at the Cheltenham Festival or tearing along the flats at the Epsom Derby. Indeed, the UK sporting public in particular are incredibly knowledgeable when it comes to anything remotely equine with a wide range of people keeping themselves up to date via online tipster columns, racing podcasts, and insider reports from all the best stables up and down the country.

Of course, it’s not just horse racing that has the general public sitting up and taking notice, because there are lots of other horsey events due to take in 2022 that will draw thousands of fans from far and wide. Here we cast an eye over la crème de la crème of 2022’s equine events.

Horses and their jockeys always give that little bit extra when it comes to Cheltenham, knowing that a big race win can change their lives forever

Cheltenham Festival – The Biggest Jumps Meet of the Year

The buzz that signals the lead-up to Cheltenham gets going before Christmas and rises to a crescendo by the time the festival comes around in March. There is always a huge Irish contingent at the four-day meet, who bring a certain joviality to the proceedings, turning this race meet into something of a truly cultural highlight, as well as a standout sporting event.

The race that everyone tunes in for is the Gold Cup, which takes place on the Friday and pits the best National Hunt racers and jockeys against one another. It has been the scene of some of the most amazing stories the sport has to offer.

In 2022 the favourites include A Plus Tard, Galvin, and Minella Indo. Although the wily old Al Boum Photo is also looking to roll back the years, to stun bookmakers and betting punters with a run for the ages.

Other hot races to keep an eye out for at Cheltenham Festival include Tuesday’s Champion Hurdle, Wednesday’s Queen Mother Champion Chase, and Thursday’s Ryanair Chase and Stayers’ Hurdle. All the truly dedicated racing enthusiasts tend to take the whole week off as holiday, so they can pore over the form guide one last time and make the most informed selections as possible before the action gets under way. 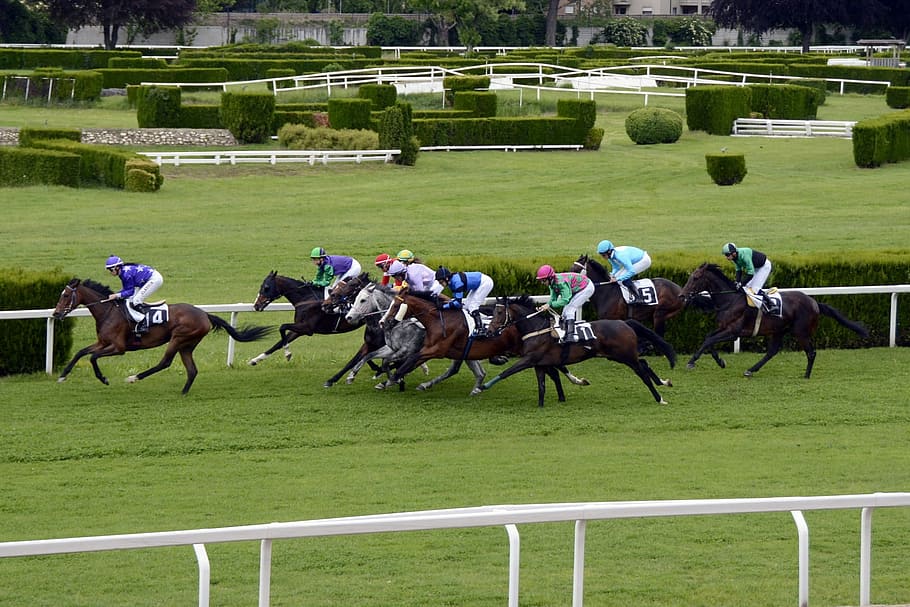 Which horses will have what it takes to clear the final fence and then kick for home, as the crowd cheers them on towards the finishing post?

The Aintree Grand National – The Most Gruelling Race of Them All

On the 9th of April the whole racing world stands still, holds its breath, and waits for the Grand National to leap and spring into life. What makes this race so special is the fact that it boasts the most gruelling National Hunt course in the world, requiring horses and jockeys to scale 30 huge fences and gobble up a total of four and half miles of often sodden turf.

Because of how demanding the course is, the race does have its detractors, but most racing fans, and sports fans in general, could not imagine a racing calendar in which the Grand National was not present.

The favourites for the 2022 version of the race are Galvin (again), Any Second Now, and Run Wild Fred, although the 2021 winner, Minella Times, will be hoping to claim back-to-back triumphs. The masterful Rachael Blackmore will give the horse every chance, and there will be lots of money backing the horse to go all the way. However, because the Grand National has so many variables, there is always a distinct chance that an underdog can come from nowhere, take advantage of some falls, and romp to victory despite their long odds. After all, that is the beauty of this famous old race.

From jump racing to the flats, and there is no race trophy more sought after than that of the Epsom Derby. The 2022 race takes place on Saturday the 4th of June and will be celebrated with particular verve due to the fact it will coincide with the Queen’s platinum jubilee.

This Derby has spawned many pretenders around the globe, such as the Kentucky Derby, that takes place in the United States. However, it is still the UK original that continues to garner the most attention. 2022 is no different, with a packed field of top thoroughbred three-year-olds being lined up for greatness.

Some of the fancied long nose gallopers to keep an eye on include Luxembourg, Point Lonsdale, Native Trail, and Reach for the Moon, all whose odds are likely to shorten as race day moves ever closer.

The race also happens to be the richest of its kind in the UK, meaning that owners and trainers are always going that extra mile to ensure their horses are in tip-top shape. As soon as the racing gets underway, people in the grandstands and watching from home can be sure to expect fireworks.

The Triple Crown is a mythical feat that few modern-day horses have ever attempted, let alone managed to accomplish. It involves winning the three biggest classic flat races in a season: the Epsom Derby, the 200 Guineas Stakes, and the St Ledger. The first of these races that a flats racer must tackle is the 2000 Guineas Stakes, which takes place on April 30th at the Newmarket racecourse. The race is a high-paced one-mile dash, which blows spectators away with the speed that the horses reach.

Top drawer flats racing tends to only take place in the south of England, but the one race that bucks the trend is the last leg of the Triple Crown, the St Ledger, which takes place at the historic Doncaster racecourse.

Hurricane Lane blew away the field in 2021 and there will plenty of equally exciting talent on display when the 2022 race rolls around on the 10th of September. Without doubt, this is the most prestigious sporting event that takes place in Doncaster each year.

Alavés vs Real Madrid LIVE for League F: Schedule and where to watch on TV and live