Just over three years ago, Ivan Segura grabbed his first badminton racket and in his first international season, slid into the elite. He’s still in the learning phase, and has a long way to go, but the guy from Granada is already among the best in the world in the SH6 (short athletes) category. He just finished the course with a double at the International Badminton Open Championships of Peru held in Lima, confirming his impressive progress.

The Spanish player collects the fruits of work, effort and perseverance. Taking on the biggest competitors on the world stage wasn’t a no-brainer last year, but his determination and daring took him to great heights. At seventeen, he already has five medals on his record. The first came in Bahrain in May with a bronze medal, then gold and silver fell in Uganda in September, and now, a month after making his World Cup debut, he won two metals in Peru.

The world number 17 completed his fine performance with another medal in the SH6 doubles partnership with Matos. In a unique set, they lost to Peruvians Nilton Quispe and Hector Jesus Salva (15-21, 17-21), but defeated Brazilian David de Almeida and Cuban Yoelvis Rodriguez (21-12, 21-12). , also against the Peruvian duo Del Risco-Medina (21-6 & 21-3), taking the silver.

“I’m very happy with both medals, individually I knew how to handle it well, although I didn’t play my best game in the semi-finals. I’m happy with the level of play on display. The season has gone from less to more, and I wasn’t planning on competing a lot. I started in Vitoria and Cartagena, which opened the doors for me because I moved up many places in the standings, and it was seen that I could compete at a higher level,” commented the player from the Granada badminton club. 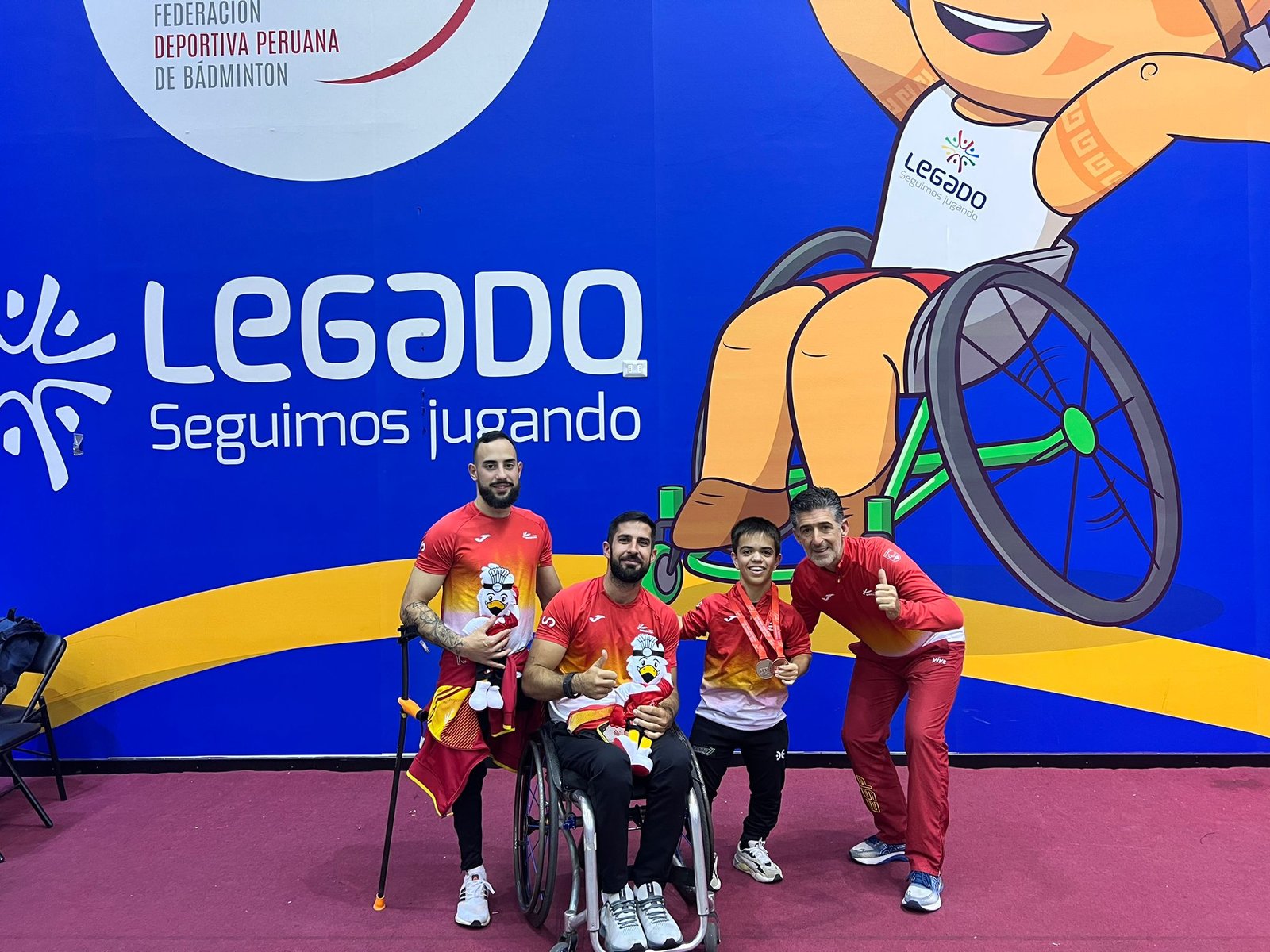 A few years ago he went to Ojejares (Granada) to watch a Spanish U-13 Championship and was fascinated by badminton. “I tried swimming, soccer, basketball and paddle tennis but I stayed with the sport because it’s so all-encompassing and makes no difference, I loved it. At first I took it as a hobby. I didn’t know there was a junior class I could play in. I didn’t know about a game.” Parabadminton tennis. I went to a concentration and since then I haven’t stopped, my level has improved, but there is still a lot to do, “he noted.

Despite his achievements and the jump he made on the track, next season he will prioritize his studies. “I’ll take it a different way, being in my second year of high school I have to focus on studying because EBAU is in July. I hope to be in tournaments in Vitoria and Cartagena at the beginning of the year and then I’ll rest until post-selective, where I’ll resume if all goes well. The Paris 2024 Paralympics are complex, Ivan Segura added, so my goal is Los Angeles 2028.

Two other Spanish players who had had a good year also competed in the Peruvian International, although, on this occasion, they were left out of the fight for the metal. In WH1 (wheelchair athletes), Paco Motero was eliminated in the group stage with two defeats and one win, while in W2 Nacho Fernandez, bronze of the World Cup in Tokyo in mixed doubles, fell in the quarterfinals. Both players never made it past the WH1-WH2 doubles group stage.