Olympic athlete From Uganda, who came to participate in Olympic GamesHe was declared missing after checking his absence from the hotel in the Japanese city of Izumisano. This place is part of the focus of the African country delegation. The absence of a spokesman for the mayor of this city near Osaka was announced in Japan.

On Friday afternoon, authorities took it upon themselves to report to police about 20-year-old weightlifter Julius Cikitoliko who failed to show up for an antiviral test daily. Local authorities said the athlete was last seen by his compatriots shortly before midnight on Friday, warning police not to go into hiding.

Ssekitoleko was part of the first group of athletes that arrived in Japan in mid-June. Of those, two people tested positive for Covid-19 in mid-June. For this reason, the group was immediately placed in quarantine. Uganda Weightlifting Federation president Salim Musuke Senkongo told AFP the player had trained “vigorously” in his first major international competition, but was told this week he would not be able to compete.

“He was participating in the 61kg class, but we advised him to pass the 67kg test for administrative reasons”, Senkongo said. If someone came to Japan thinking they would participate in the competition and received bad news, they would obviously be disappointed.”

Ssekitoleko has significant international experience, having competed in competitions in Côte d’Ivoire, Kenya and Egypt and last May she won a bronze medal at the African Championships in Nairobi. He started training in the gym in Kampala, the capital of the country, when he was only 15 years old and after showing great potential he moved to Kisugu Unified Gym. 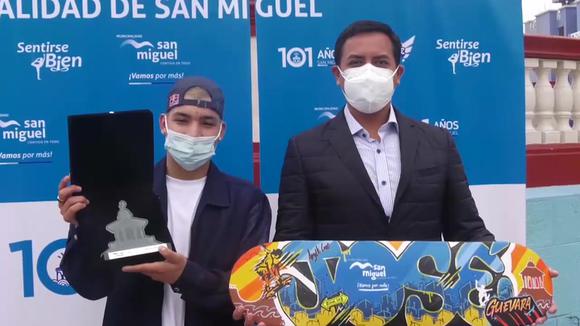