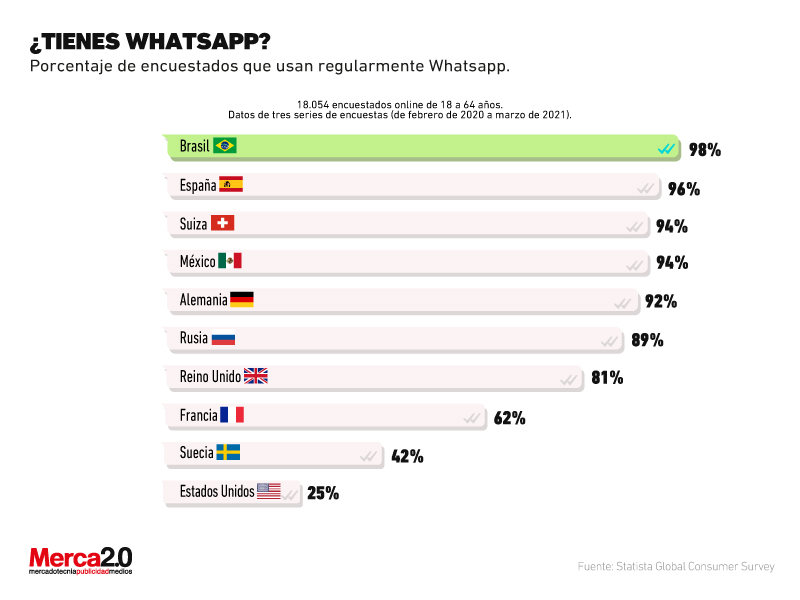 Much has been said in recent months about the fall of WhatsApp after the announcement of changing its terms and conditions of use.

And even though we are talking about one of the most used services in the world, the truth is that consumers seem to value their privacy a lot more.

Although WhatsApp in recent months has sought a way to preach to users about this change, the truth is that everything seems to indicate that there are still many users who decided not to understand the new terms and now the app has launched a new warning.

In recent days, the platform has sent out popup notifications warning that although it will not suspend the accounts of people who do not accept new updates, they will be affected by enforcing limited functionality for the service.

“Accept these updates to continue using WhatsApp,” it reads in the messages where it also states “WhatsApp will not delete your account. However, you will not have the full functionality of WhatsApp until you accept it. […] For a short time, you will be able to receive calls and notifications, but you will not be able to read or send messages. ”

Added to this is a caption, which seeks to assuage users’ fears by stating that they are “building new ways to chat or buy via WhatsApp that are completely optional”. While he finally pointed out that “personal messages will always be encrypted from one end to the other, so WhatsApp cannot read or listen to them.”

For WhatsApp, what is at stake is more than the reputation of its service. A previous attempt to perform these actions had cost app downloads which, apparently, They took advantage of their competitors.

At least that is indicated by a recent report signed by Statista, which indicates that Telegram and Signal have already surpassed WhatsApp in the number of daily downloads in most of Latin America.

With the data provided by Airnow data, The report reveals that during this month at least, stats favors the main competitors of WhatsApp, a trend which is exacerbated once the new policies for using this Facebook-owned app are released.

On January 13 alone, Telegram mobile downloads on iOS and Android devices nearly doubled those on WhatsApp. Meanwhile, Signal surpassed daily WhatsApp downloads for the first time on January 11, with more than 373,000 downloads, an increase of 130,000 over WhatsApp. If this trend continues, Telegram and Signal could prove to be the two most popular messaging apps in Latin America this year.

The truth is, it now appears that these new rules have softened into another key indicator: regular use of the service.

At least that’s what today’s graph shows for some of the app’s major markets, highlighting recorded usage in the US, with only 25 percent of users claiming to use this app regularly. Likewise, in Sweden the figure is less than 50 percent of those surveyed by Statista.

Although it is true that in the rest of the countries, including Mexico, the use of the app appears to have some stability, the reality is that in the following months this scenario may change, so the next steps that WhatsApp takes will be crucial to ensuring the future of the service it has now Interesting competitors.

How to win in Clash Royale 2v2

Get this game for your PC absolutely free

WhatsApp trick to see if your friend added you